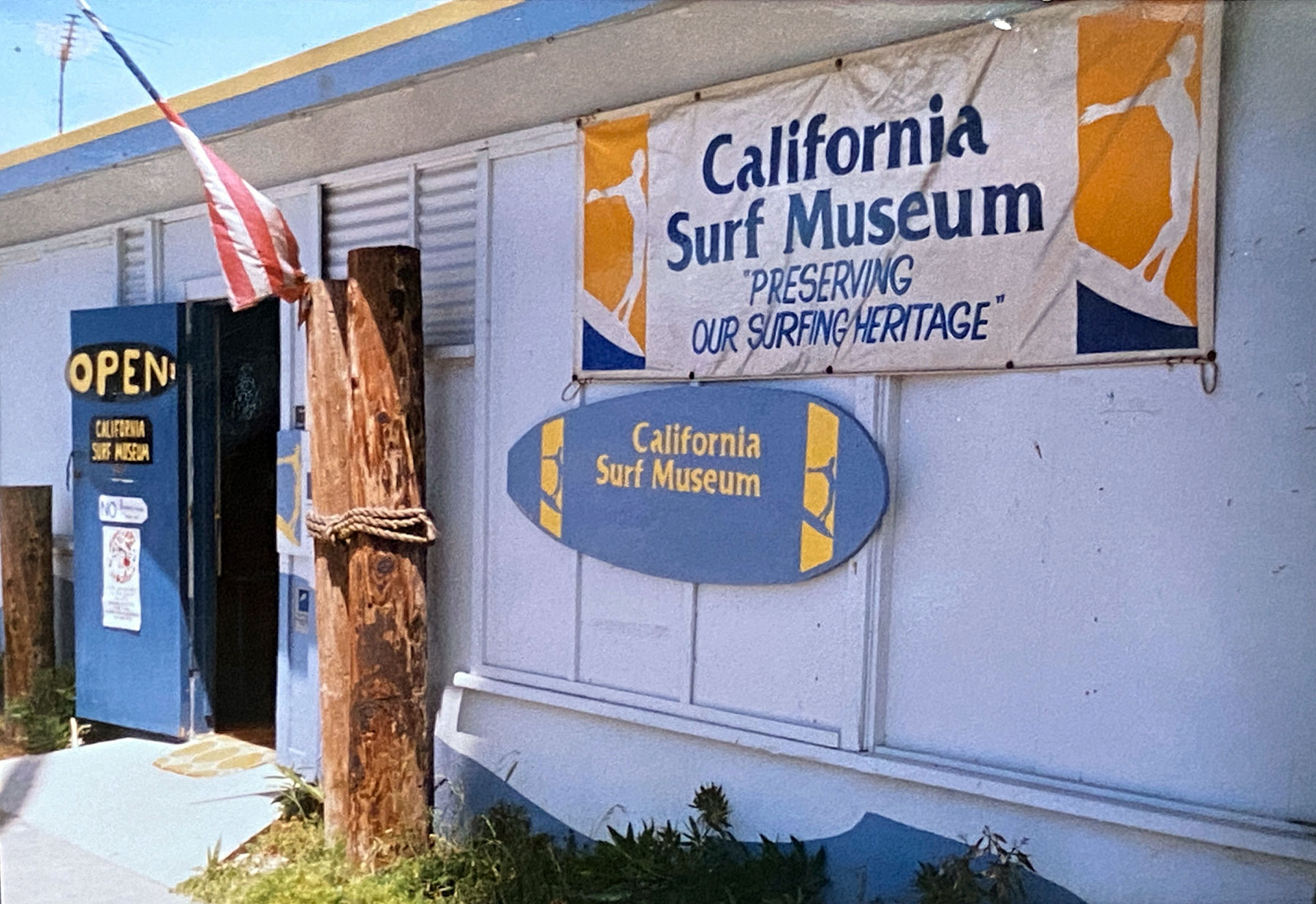 On September 28th, 1991, the California Surf Museum had its grand opening at our first location in Oceanside: 308 North Pacific Street.

We had the whole block to ourselves where 333 Pacific and the Club Wyndham Oceanside Pier Resort now reside.

Staffed by volunteers, including Ric Riavic, the museum opened to a huge crowd after several months of hard work supported by a multitude of donations.

We were only open Saturdays and Sundays 10-4. 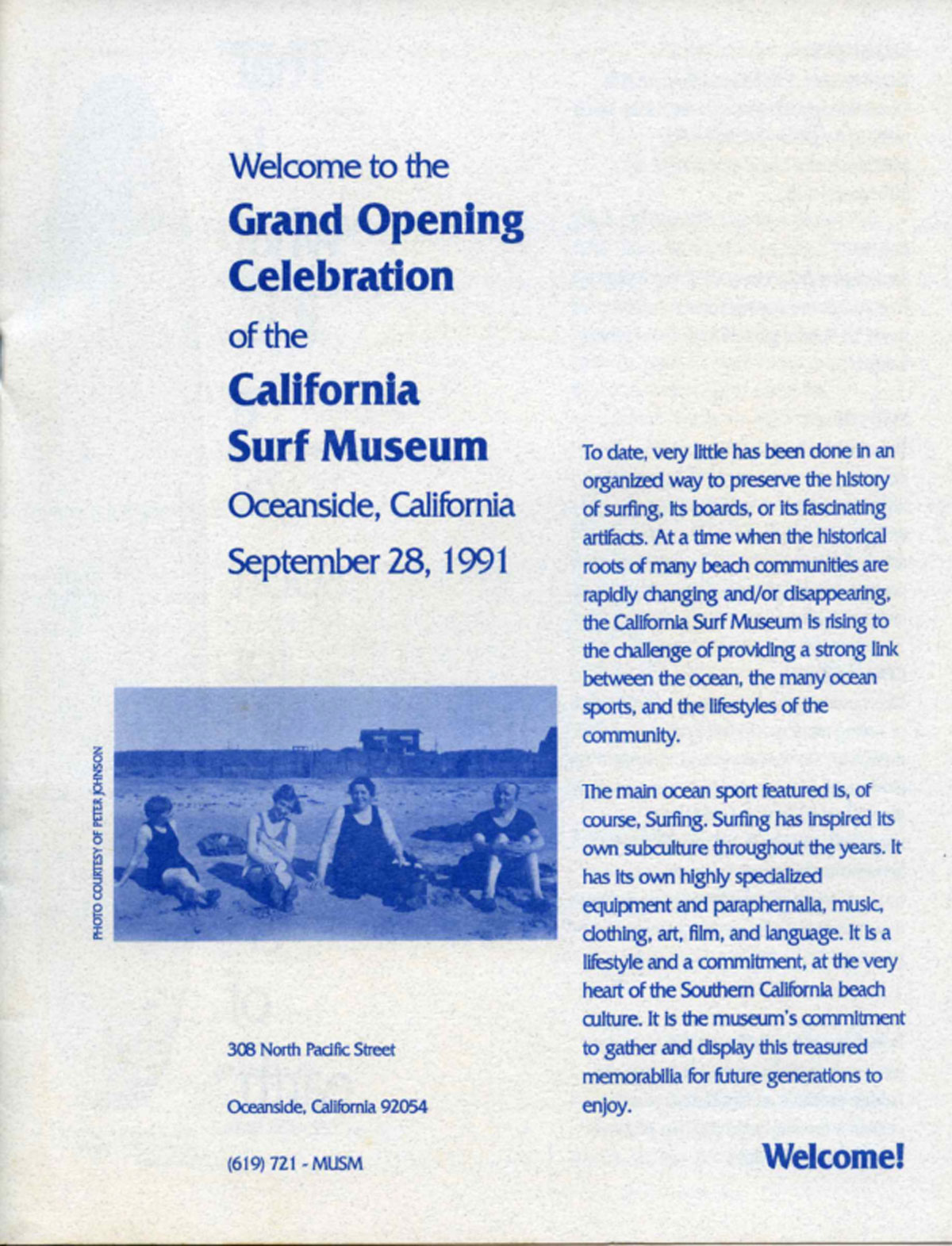 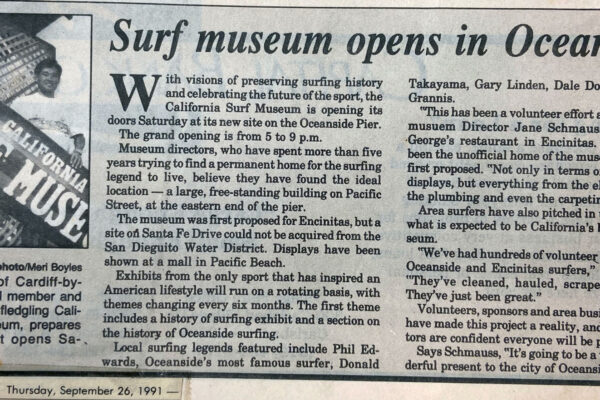 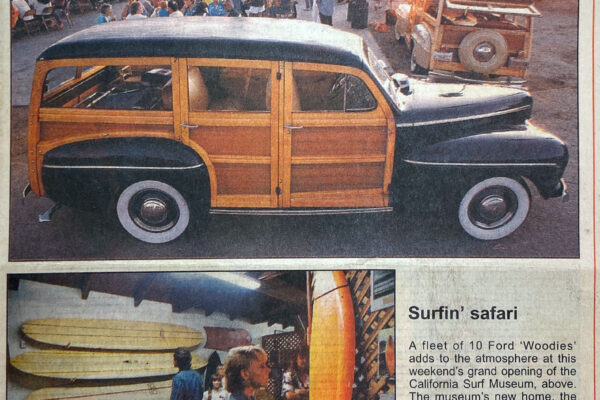 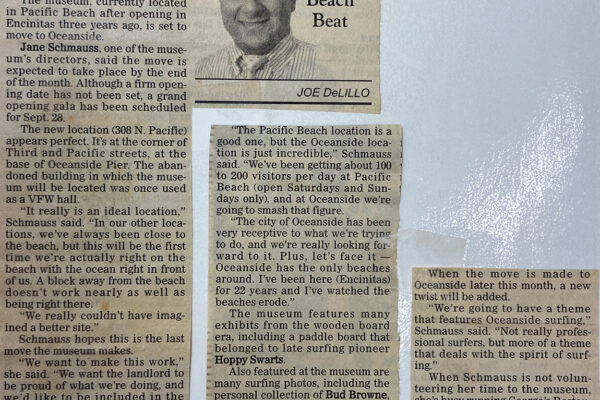 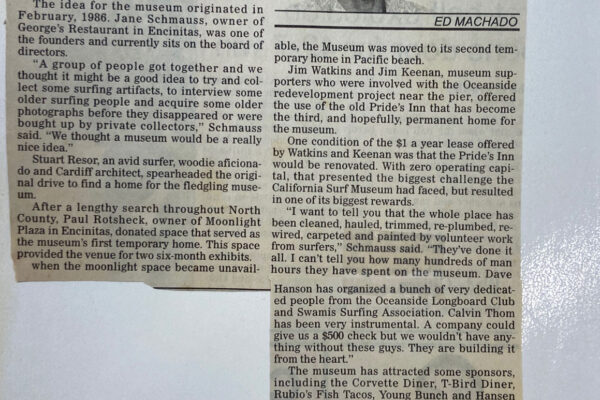 For a complete history of the California Surf Museum please visit our History Page.