By CSMArchive Events
No Comments

Surfer/filmmaker Carl Ackerman presented his outstanding new documentary “The Life Story of Doc Ball” at CSM on September 29, as part of CSM’s Big Wednesday series. Carl thanked CSM for allowing him to research our archives and enrich his movie with our collection of Doc Ball memorabilia.

The film was several years in the making and was written and co-produced by Malcolm Gault-Williams (Legendary Surfers). It is packed with hundreds of still images and thousands of feet of 16mm footage that Doc produced, in and out of the water. Live action of 88-year-old Doc skateboarding down a long, winding hill outside his home town of Eureka was a hit, as were on-camera interviews with Doc’s sons (Norman and John), Greg Noll, and Woody Ekstrom.

One of the evening’s honored guests was 93-year-old Woody Ekstrom, who had acquired Doc’s waterbox camera in the early 1950s from Hoppy Swarts, at that time president of the San Diego Surf Club. Woody recently donated the handmade, historic “shoots-box” to CSM, where it is on permanent display.

Woody was also the inspiration behind the need for a surf museum, as noted by CSM co-founder Stuart Resor. Next year CSM celebrates it’s 36th birthday, and this year marks 30 years in Oceanside. Click here to read more about CSM’s first home in Oceanside. 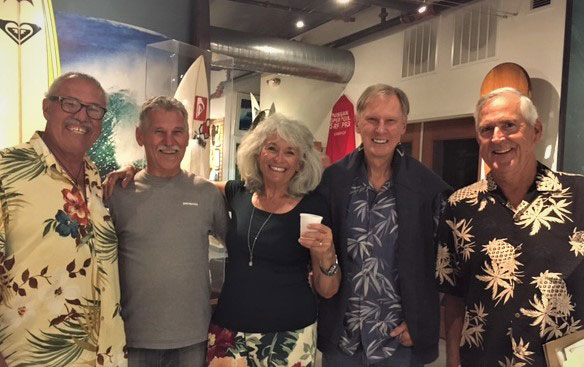 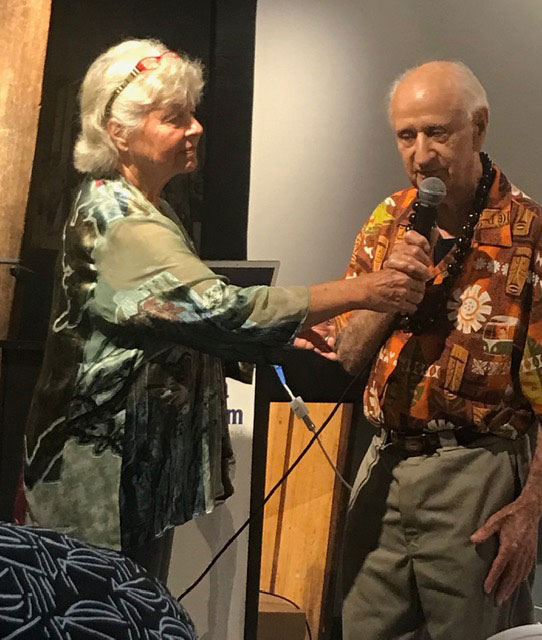 Historian Jane Schmauss introduced Jack “Woody” Ekstrom, who went on to answer questions from the crowd. 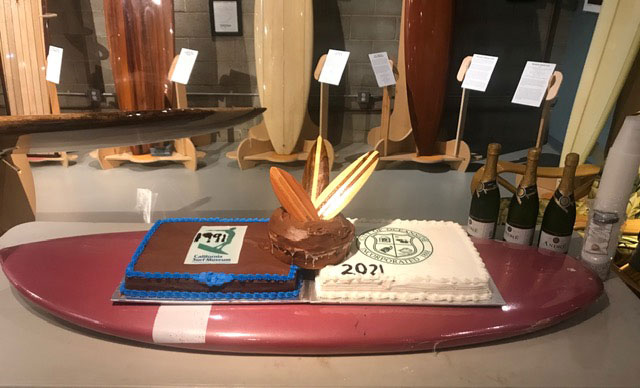 Guests enjoyed a commemorative cake and champagne toast in celebration of the California Surf Museum’s 30-year relationship with the City of Oceanside. 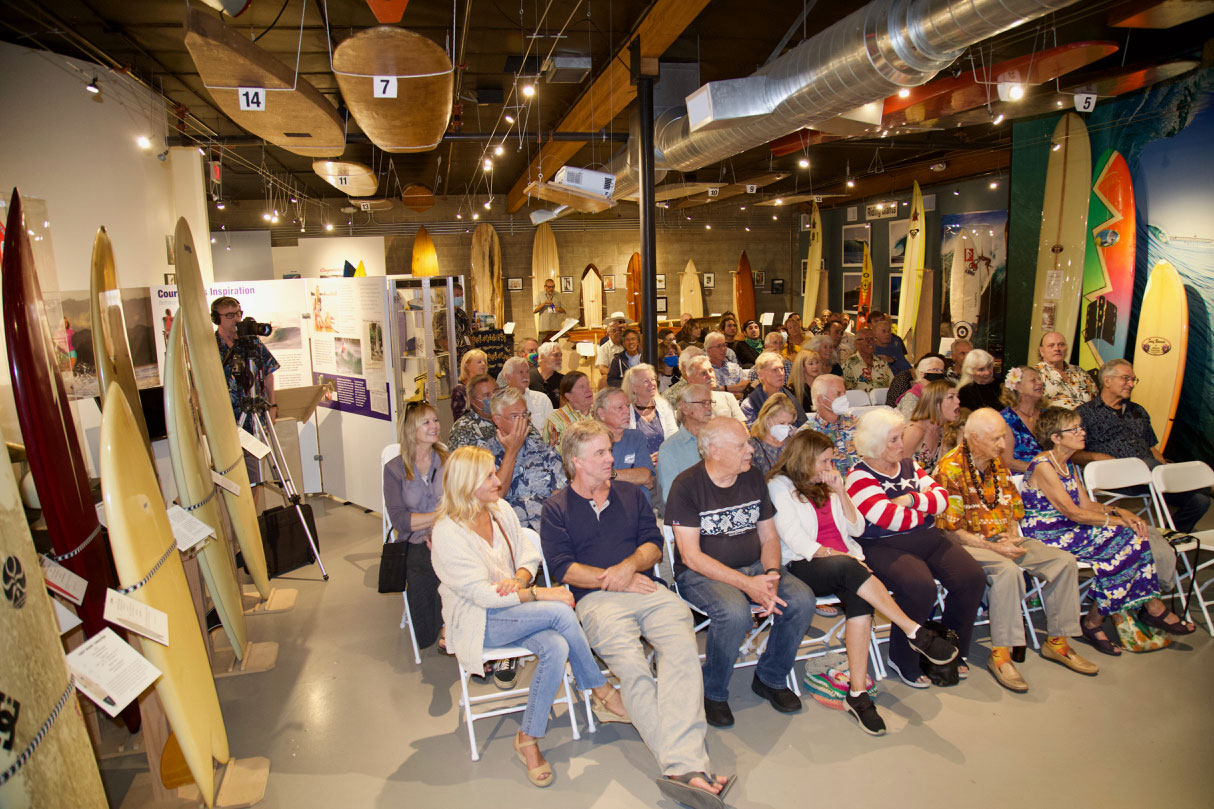 Look for “The Life of Doc Ball” to air on various PBS stations throughout the U.S. for the next two years.