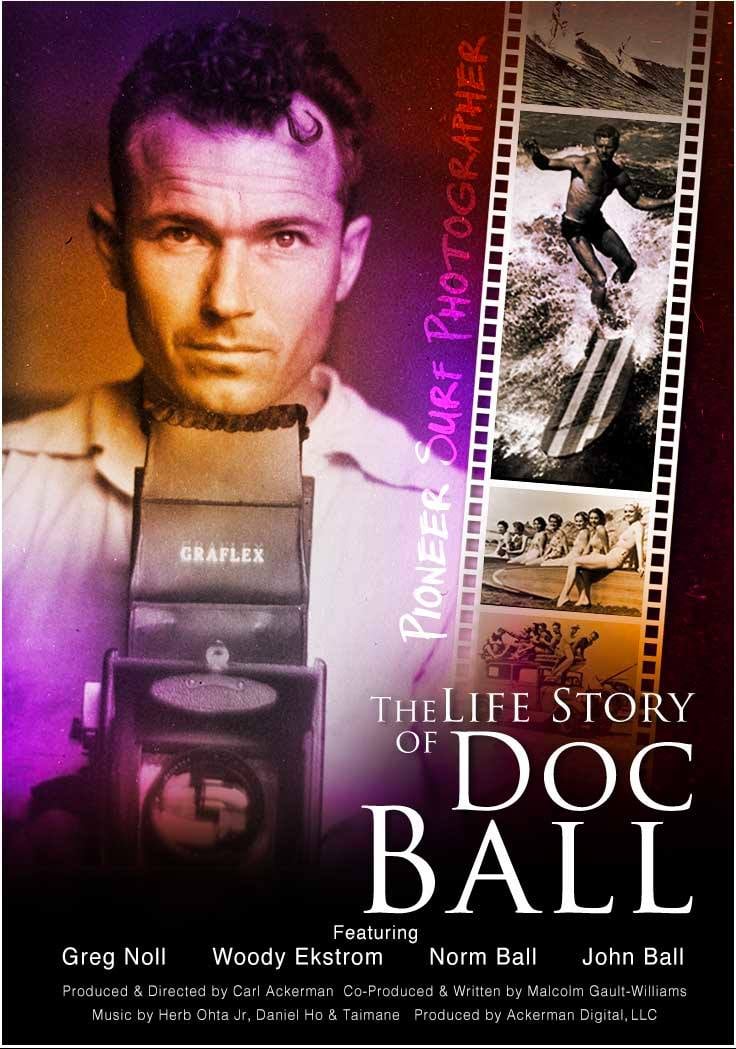 This 54-minute documentary based on the life of Doc Ball, the first dedicated surf photographer, is directed by Carl Ackerman, written by Malcolm Gault Williams, who has been writing books and articles independently and for surf magazines for over 25 years, and assisted by the Ball family.

Doc Ball had a huge influence on promoting surfing world-wide during the 1930s and 1940s because of his over 900 photographs and thousands of feet of 16mm film that he shot in and out of the water.

Doc retells the history of surfing in California as captured through his lens, including personal remembrances of Tom Blake, Duke Kahanamoku, Pete Peterson, Whitey Harrison, The Palos Verdes Surfing Club and other top surfers and innovators of that pioneering time.

Doc Ball’s camera is on display at CSM, also a great video of Jane Schmauss the California Surf Museum historian. Check out our Exhibit page!

NOTE: We don’t know what the CDC guidelines might be and seating may be very limited.