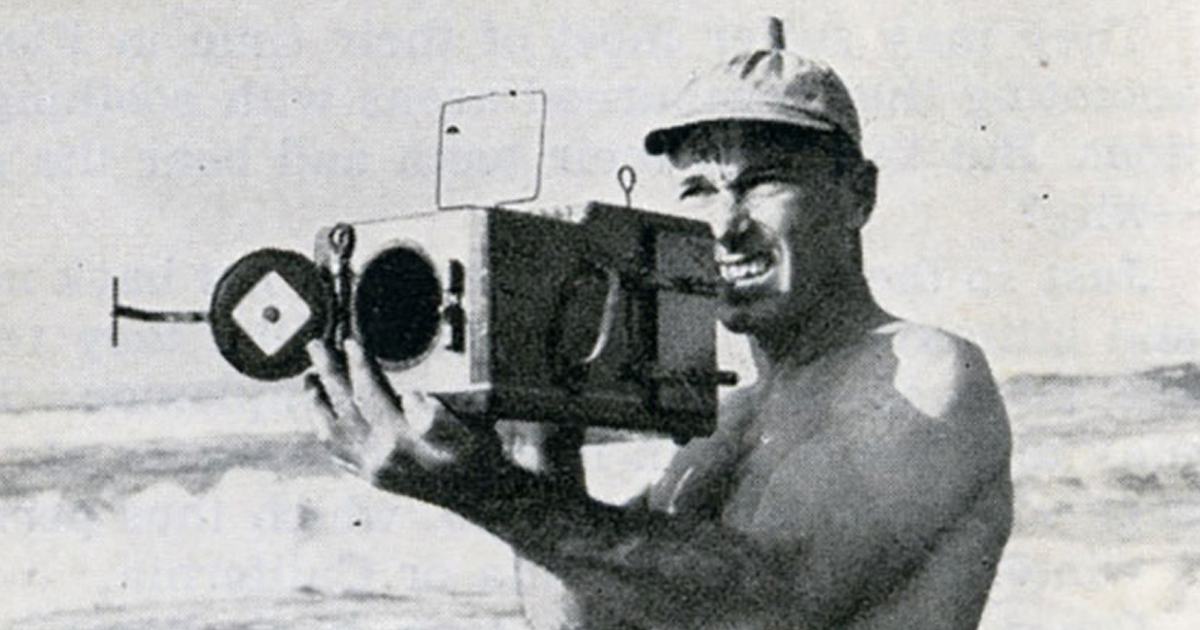 “I’d paddle out at Windansea, take some pictures, slam the lens cap shut, then just throw it over the wave. It would pop to the surface like a buoy.” That’s Woody Ekstrom describing the way he deployed the camera housing pictured here. Originally built by Doc Ball in 1937, Ekstrom purchased the unit from Hoppy Swarts in 1950.

“I took a lot of photos with it, and when I went off to the war, Bill McKusick took it to repair a leak. When I returned four years later in ’54 he had torn it all apart; he gave it back to me in pieces. I put it all back together, and replaced the four disintegrated rubber bumpers on the bottom. I never used it again after the war.”

Inside Doc’s “shoots box” was a Series D Graflex holding a 12-shot roll of Kodak Super XX, large format black and white film. The camera had been acquired by Doc in a trade with the chief of photography for the LA fire department’s arson squad. Ekstrom describes the box as having three-quarter-inch plywood on the sides, quart-inch on the top, a stainless steel viewfinder enclosed in eighth-inch ply, brass hardware, an eternal handle to adjust for distance, and a square lid opening with a pasted-on menu for aperture and speed settings. Doc’s son, Norm, speculates that his dad might have used some of the tools at Pacific Systems Homes, where his good friend Whitey Harrison worked and where he could have also accessed waterproof glues used for surfboards of the time.

Woody was well aware that the contraption–kept hidden under his bed on Nautilus Street–was state of the art. And, compared to another used by a shooter of the era, it was: “Bob Vincent used to paddle out at Windansea with a camera wrapped in a condom. He would peel it off to take some shots and then pull out another condom, quickly wrapping it up again just before a wave would hit.” –J.D. 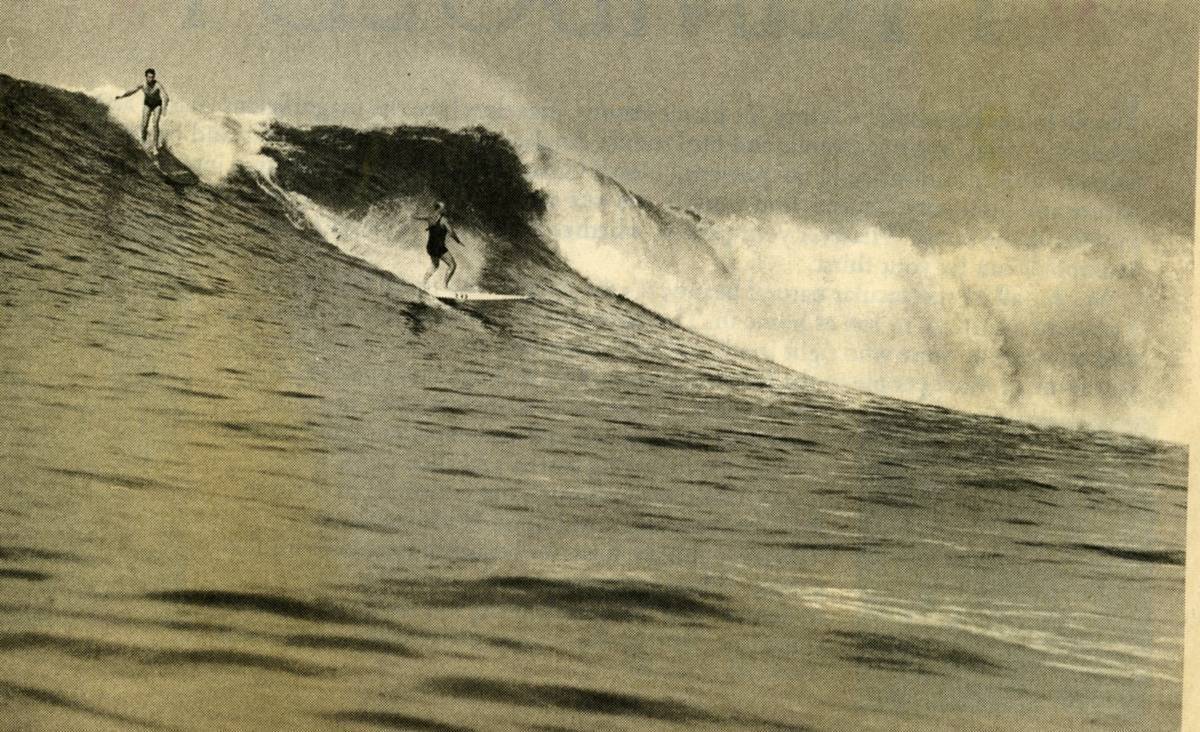 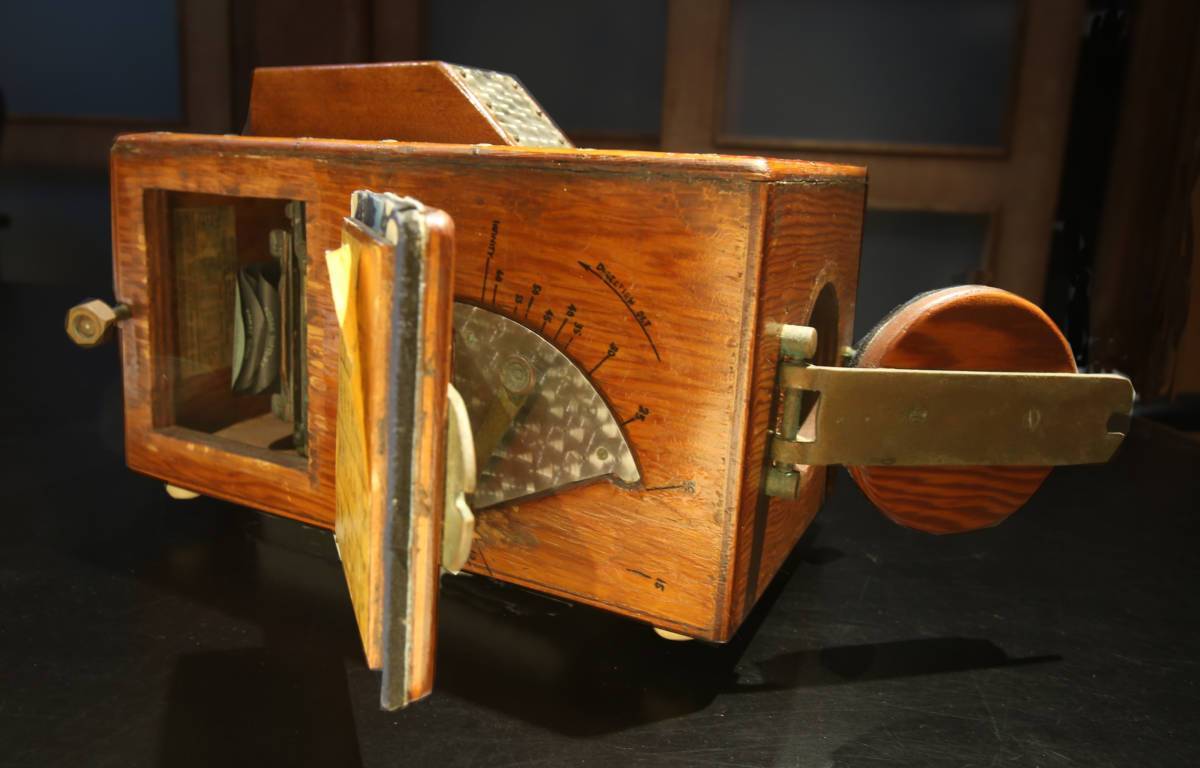 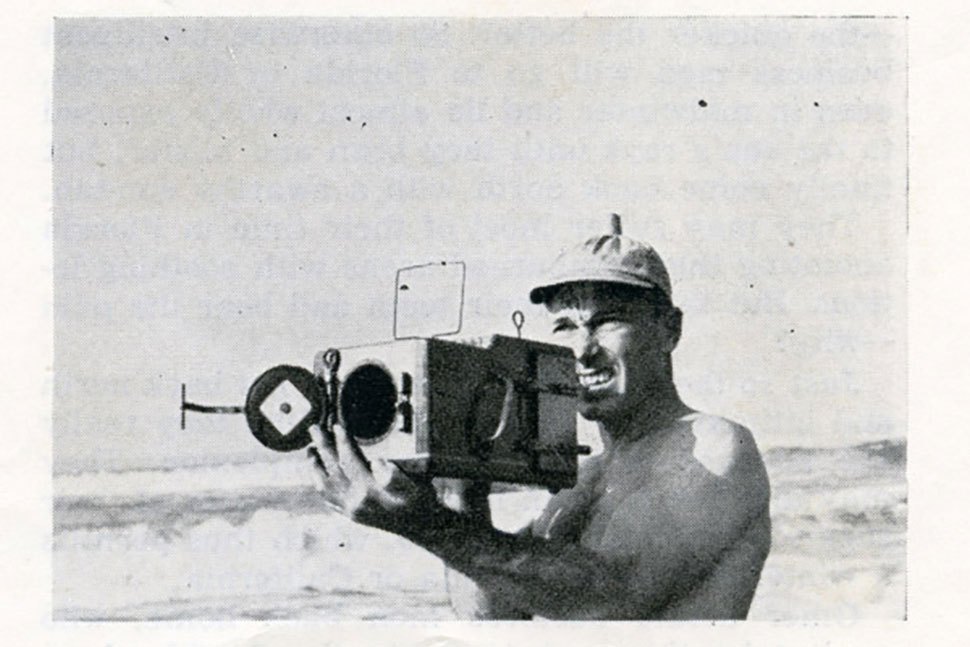