Esther Williams was a seminal figure in both the popularization of surfing and of women’s swimwear. She hailed herself as the “Queen of Surf” capitalizing on her teenage years riding waves. She exploited her good looks and athletic prowess into a successful career as a movie star. And made a thriving business out of designing and marketing swimsuit fashion.

In the time between Annette Kellerman’s rebellion against skirted and pantalooned swim costumes and Brigitte Bardot showing her belly button in a bikini, Esther Williams was “America’s Mermaid” and one of the world’s biggest movie stars. Also christened “The Queen of Surf,” she grew up surfing the beaches of Santa Monica. Later, as a star of the silver screen, she licensed her name on a line of Paipo bodyboards. 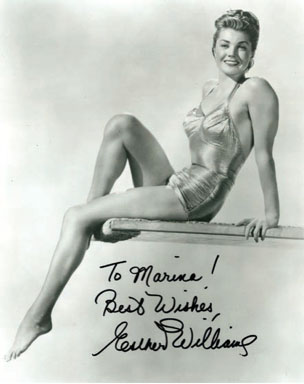 Williams’ wholesome appearance in increasingly revealing swimsuits had a profound effect on women’s swimwear during the 1940s and 1950s, when revealing your navel was potential cause for Congressional investigations.

Born in Los Angeles in 1921, Williams grew up in Inglewood, which gave her access to pools for swimming, and the beaches of Los Angeles for surfing. She had talent in the water, but her ambition to compete in the 1940 Olympics was disrupted by World War II.

While working as a stock girl at I. Magnin, to pay tuition for LA City College, she was asked to perform in the “Aquacade” show with Johnny Weissmuller — whose appearance as a bare-chested Tarzan in the 1930s and 1940s had as much to do with the changing of men’s swimsuit styles, as Williams had on women’s’ swimwear.

Beginning with bit parts in 1942, Williams began appearing as a pin up girl in magazines and as a rising star in movies like Bathing Beauty, which featured her swimming and diving skills. Through the 40s and 50s, these MGM “Aqua Musicals” made Esther Williams a huge star, and the swimsuits she wore were emulated around the world. 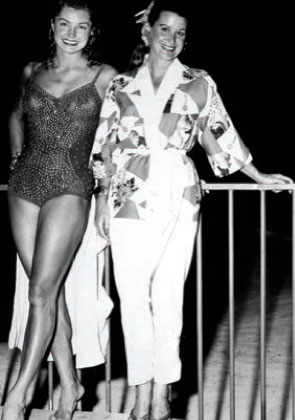 Esther Williams and Mary Ann Hawkins enjoy some time out from filming. Mary Ann often was hired to do stunt work for the riskier diving scenes that Esther had to perform, and the two were good friends. 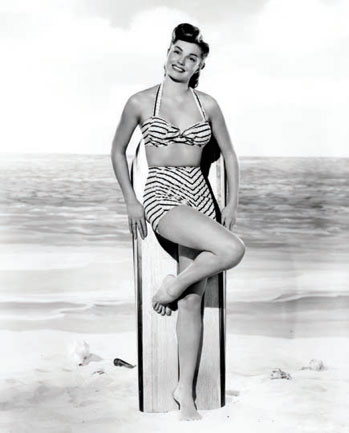 Esther William’s studio portrait showing one of her signature Esther Williams suits with her with personal Paipo board behind her. Esther gave permission to use her name in promoting and selling these little belly boards in the 1940s. Dan Pincetich Collection.

In 1952, Williams was filming Skirts Ahoy when she found out the WAVES of the US Navy were issued drab, cotton swimsuits as part of their uniform. Williams ordered a custom swimsuit from Cole of California and modeled it for the Secretary of the Navy. He commanded the Navy to order 50,000 suits, double time.

That same year Esther Williams starred in Million Dollar Mermaid, portraying Annette Kellerman, the Australian swimmer whose revealing swim costumes caused a scandal and got her arrested in the United States in 1907. Although Williams broke her neck doing a stunt and wound up in a body cast for seven months, she considers Million Dollar Mermaid her favorite movie, and she used that title for her autobiography in 1999. 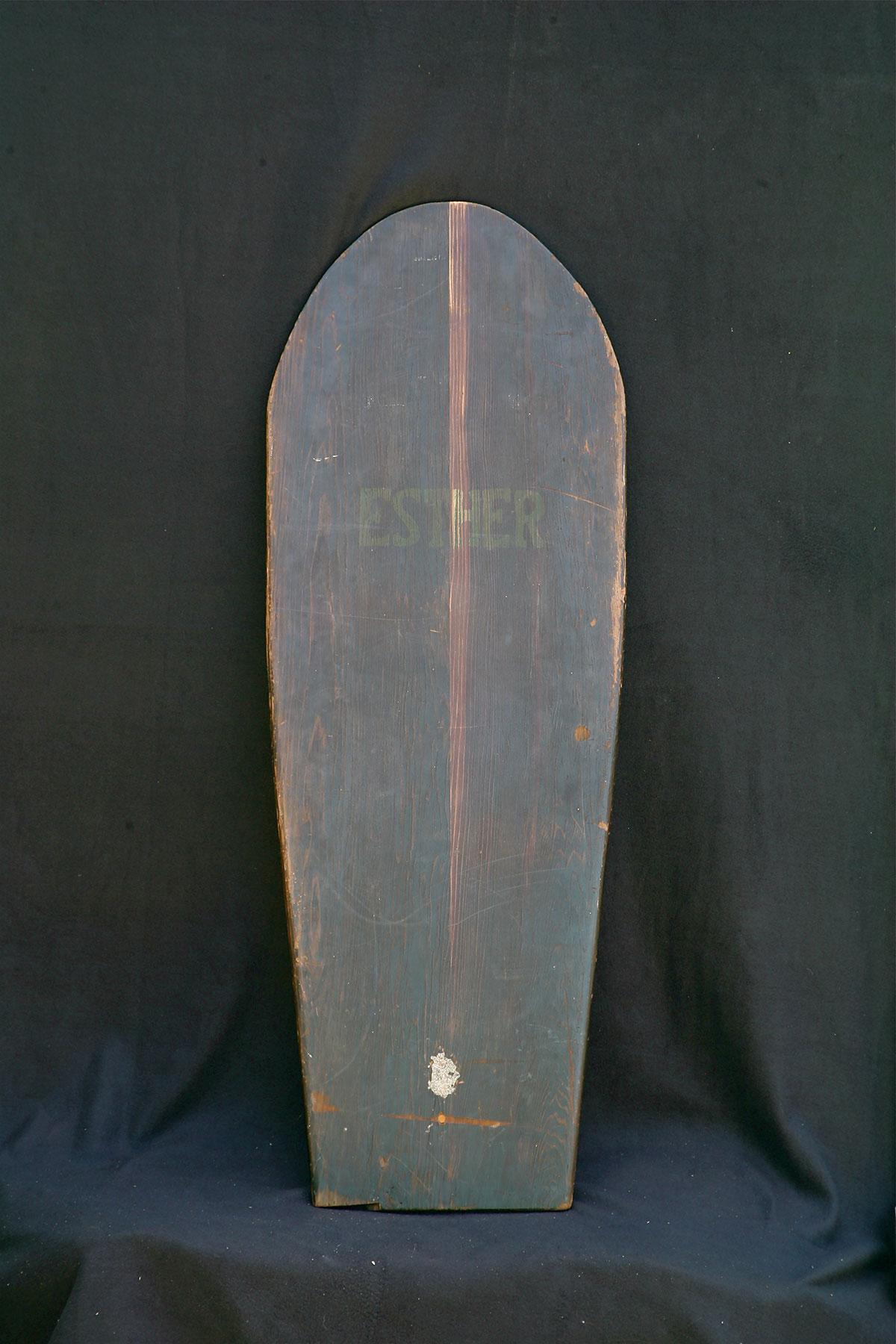 Esther Williams’ Paipo Board circa 1930s-1940s.The Paipo board was meant for bellyboarding waves, and this Paipo belonged to one of the most famous waterwomen on the 20th Century — Esther Williams. This board is from her personal collection, but she also put her name on a line of Paipo boards that were popular in the 1940s. Williams continued to use her Paipo even as she became a huge movie star. Although faded, you can still see the “Esther” on the nose — along with the remarkable similarity to the board in the studio portrait above. Dan Pincetich Collection.