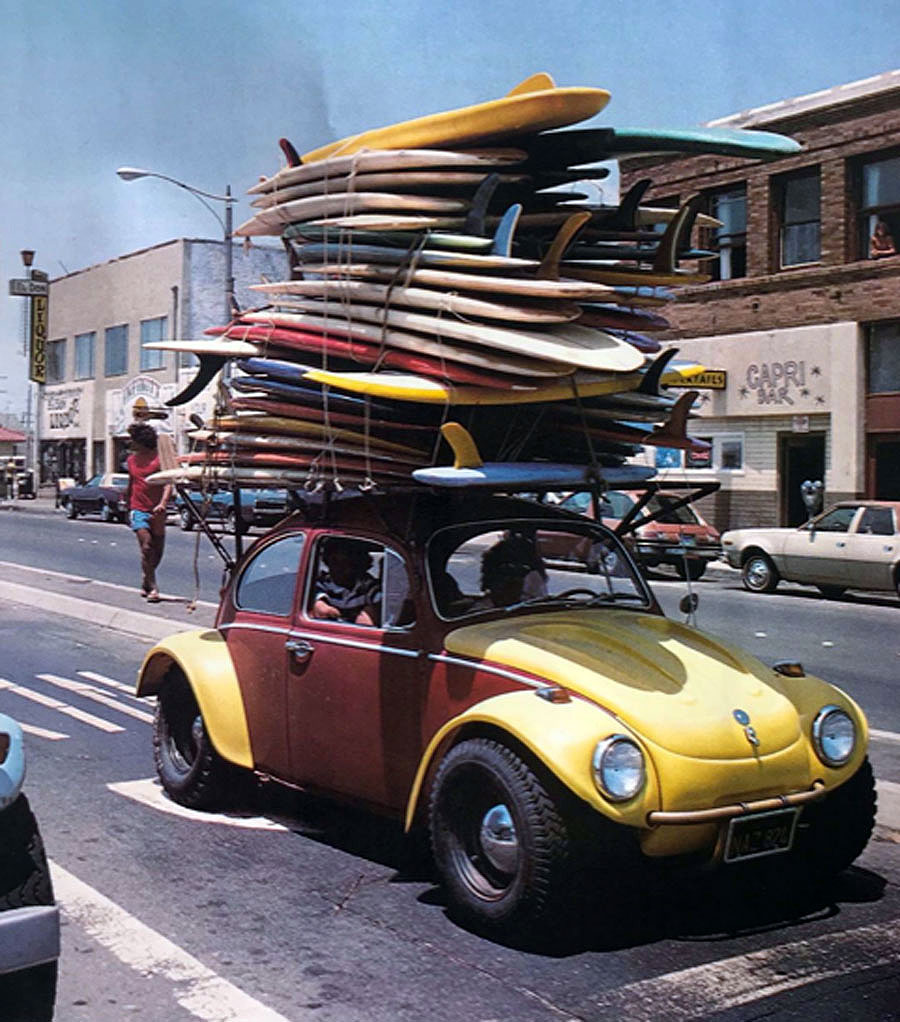 photo: Guy Motil. Guy Motil is also on the Surf Museum Board of Advisors.

The photo was shot in January 1978 on Pacific Coast Highway in Huntington Beach, California.

The car belonged to my father who had loaned it to me while I was having upgrades made on my off-road truck.

The driver of the car is surf star Corky Carroll.

At the time Corky and I worked at Surfer Magazine. Corky as the Advertising Director and me as the Photo Editor.

The current president of the California Surf Museum, Jim Kempton, was Surfer Magazine’s new editor at the time and despite what he might have said in ’78, he was involved in the photo shoot as well.

When Corky saw the car and the huge boat rack on the roof, he came up with the idea of putting a bunch of boards on the car for a classic photo.

A local surf shop let us use all the surfboards in their used board rack and we added a few more, plus about 50 feet of rope to tie it all on.

Before we were done the police stopped us, threatened to take us to jail, then realized it was all in fun and let us go.  However, they did make us promise to never do this sort of thing again.

We still laugh about that day and the fun we had.

As you can probably tell, Surfer Magazine was a great place to work in 1978.