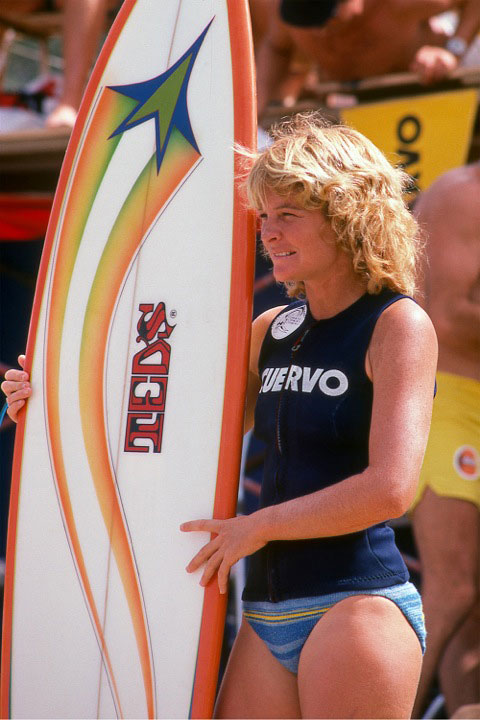 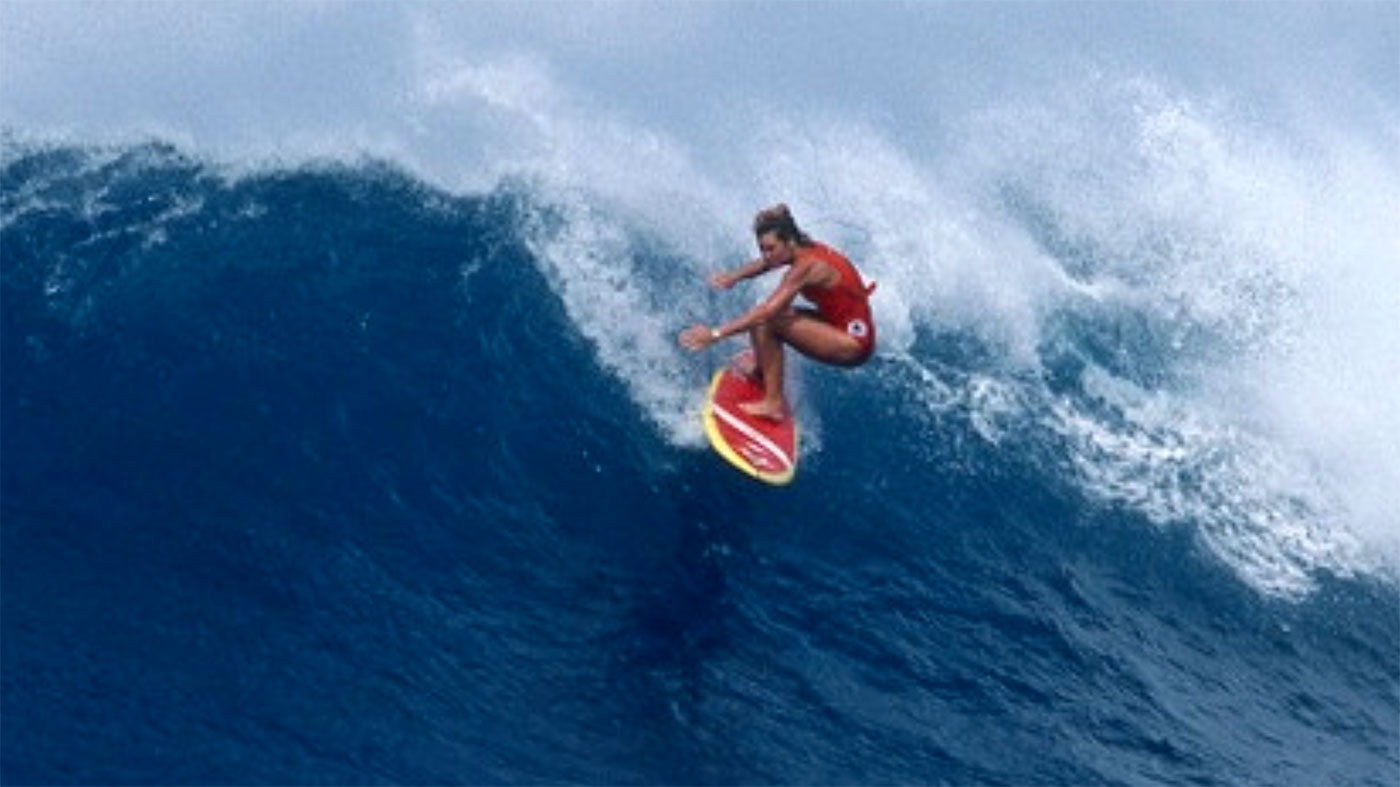 With a fiery red mane of hair, brightly airbrushed ribbon-patterned boards and an electrifying style both in big waves and small, Boyer had burst upon the competitive scene in 1975, winning the Hawaii State Championships at eighteen. Just three years later she won her first World Title.

“Her entrance into the ranks of pro surfing was considered a sensation,” Shannon Aikman said, remembering Boyers’ very first professional contest at the Hang Ten Pro Championships at Malibu in 1976, which she won. “She had flown out to California, won the event and then went straight back Hawaii to sign onto the women’s tour.”

Boyer immediately impressed judges, spectators and competitors alike with her performances in the big powerful North Shore waves. She was equally noticed for her aggressive approach, executing multiple maneuvers rather than the more conventional big sweeping turns.

Her style was almost instantly compared to that of Larry Bertlemann—who had redefined ‘radical’ surfing by incorporating low-stance, rail-to-rail skateboard-like influences.

She retired from pro surfing at the peak of her powers, and years later began painting. Her work is now hung in galleries worldwide. But her stellar performances in her heyday have seldom ever been received the accolades she deserves.

“There was really only one woman who could match Margo, and that was Lynne Boyer,” said Jodi Young Wilmott, who surfed against them both for a decade. “Lynne took two World Titles during Margo’s long reign. Nobody else was even close.”