Bruce Meyers, Creator of the Meyers Manx, Passed Away

By CSMApril 6, 2021In Memoriam
No Comments

His creation became popularized as the Dune Buggy and brought off-road joy to thousands.

Bruce Meyers, creator of the Meyers Manx, a car that would become known worldwide as “The Dune Buggy” and that would be copied and replicated for generations, and who was an original pioneer of racing in Baja, has passed away at the age of 94.

Meyers died of a blood disease called myelodysplasia, which is similar to leukemia.

“You know, it was just his time,” said his wife Winnie Meyers, who for many years helped operate the business Bruce founded. 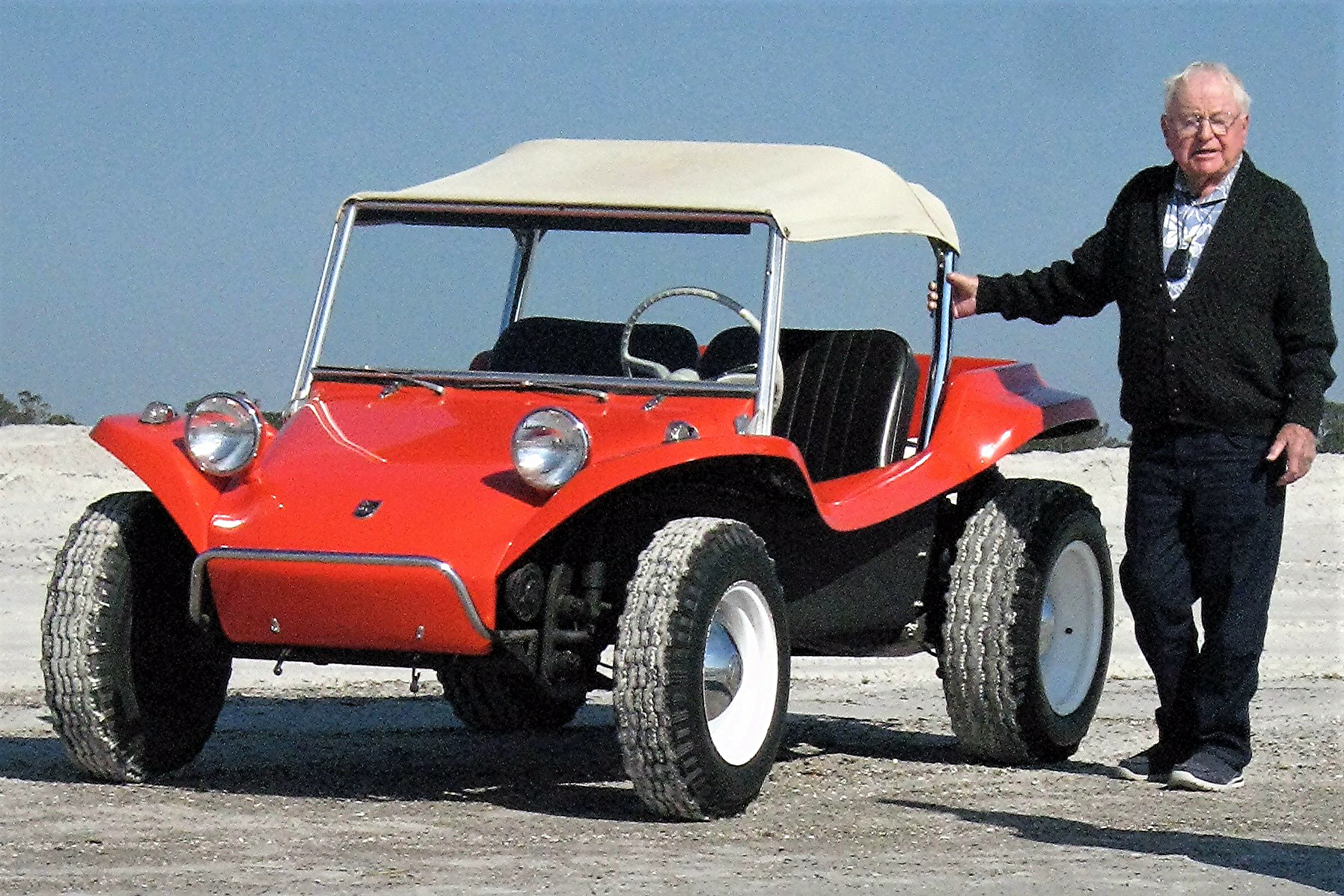 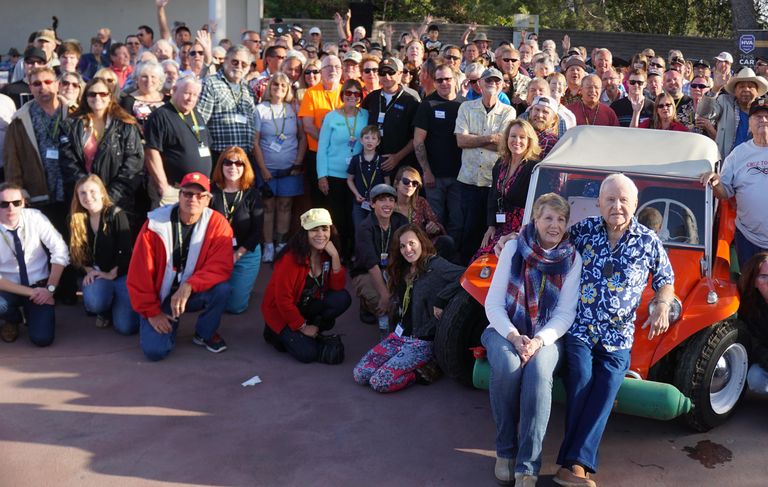 Bruce and Winnie at his 90th birthday party almost five years ago, with fans and friends.

“We sold our business recently,” said Winnie. “And that was wonderful. So that it really was able to close some doors.”

The announcement of the sale was made at the time by the new company chairman, Phillip Sarofim. Sarofim is a venture capitalist, car collector, and racer with a passion for cool cars. Sarofim named former VW, Audi, and Porsche designer Freeman Thomas as CEO and chief creative officer.

“He was an original,” Thomas said. “He paved the way. He was different, so different than every other innovator that came before him. He was someone who understood humanity as much as innovation.”

Thomas and Sarofim got to spend a couple hours with Bruce Meyers only days ago.

“We ended up staying with him for over two hours,” said Thomas. “He wouldn’t stop. He wanted to keep talking. We kept asking questions. You know, he was so alive at that moment. He told us about how happy he was that we had Meyers Manx, and we could tell that made him feel good, that his dream, his vision, his innovation, his ideas would go on. So we were pretty lucky.”

To say Bruce Meyers was a renaissance man would be to limit him. Yes, he was trained in fine arts at Chouinard Art Institute, with a specialty in life drawing, but unlike the traditional renaissance man, Bruce surfed, raced in the Baja 1000, and sailed to Tahiti on a trading schooner.

If you took everything that is pure Southern California—surfing, sailing, the beach, some guitar playing, blond hair, the Laguna Beach Arts Festival, even large portions of neighboring Baja, California, Mexico—and poured it all into a huge cultural Cuisinart, out would come Bruce Meyers, driving a Manx. 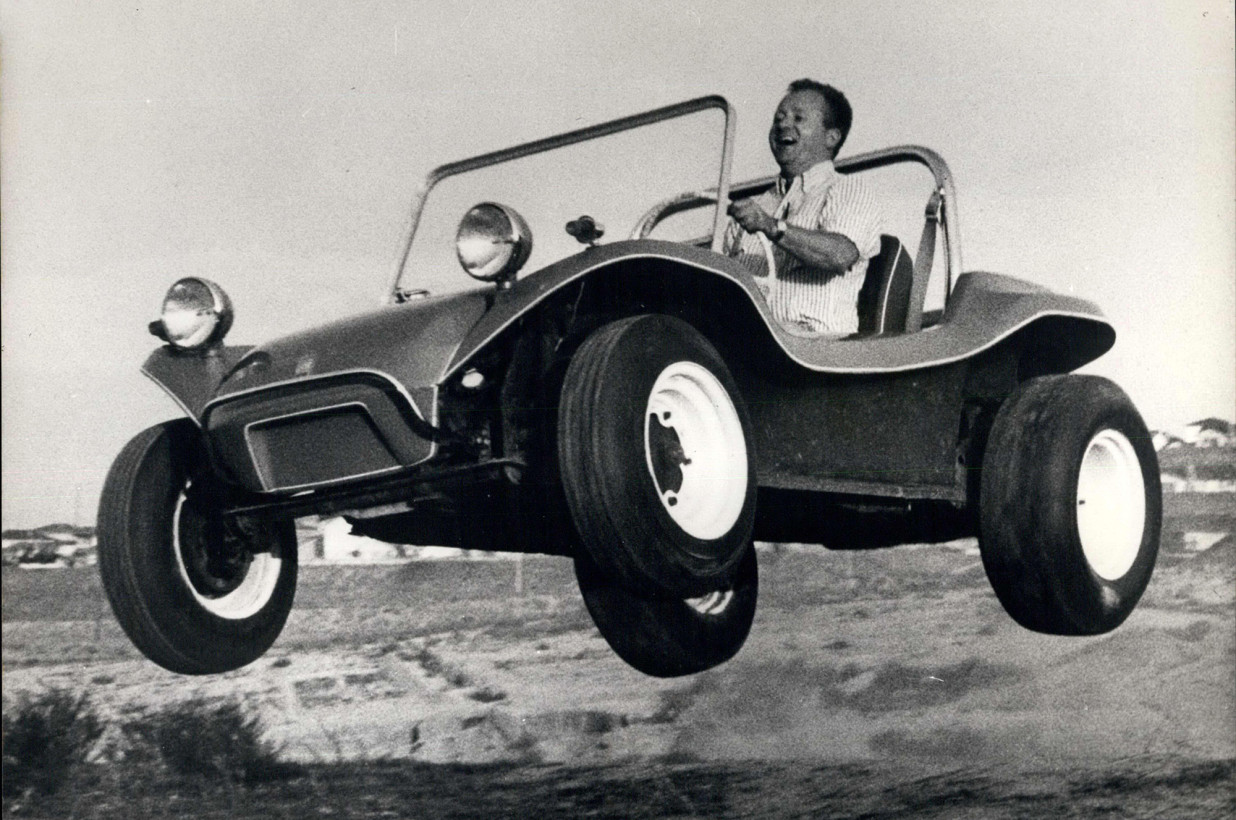 He was equal parts Raymond Loewy, Carroll Shelby, and Degas all rolled into one and riding a surfboard. And we, the motoring public, are the better for it.

“There are no retired artists,” Meyers once said, during a day at the beach we spent with him almost 20 years ago.

Trying to quantify Meyers is an enormous undertaking.

He was a war hero. After his ship, the aircraft carrier USS Bunker Hill, was hit by two kamikazes off Okinawa, and everybody had to jump into the Pacific to avoid the flames, Meyers the surfer gave his life jacket to a sailor who didn’t have one, then he towed an injured pilot through flaming oil slicks for two hours. 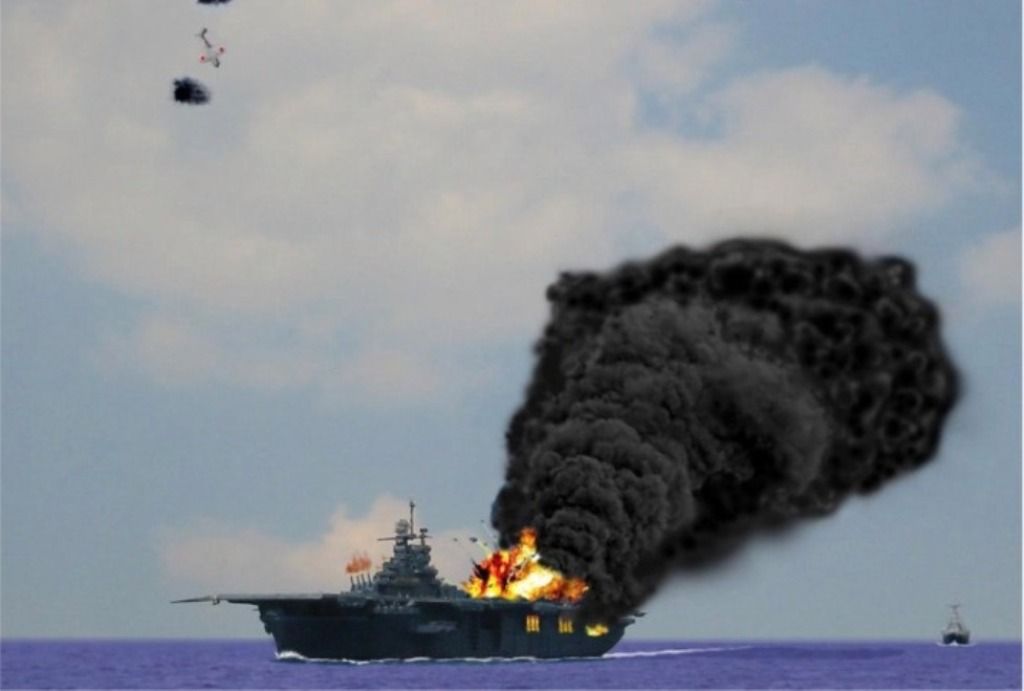 He was a pioneer surfer from the age of hollow wooden boards, and a mentor to budding surf legends Greg Noll and Bing Copeland, among others. He was a sailor who was one of the first to mass-produce boats out of fiberglass (followed by surfboards and, later, his car). He was an off-road racer and one of a very small handful of desert rats who created what came to be known as the Baja 1000. The list could go on and on.

Maybe the easiest way to quantify Bruce Meyers is by his most famous creation, the Meyers Manx, incorrectly recorded in history as, simply, the “dune buggy.”

By conservative estimates there are something like 300,000 dune buggies in the world today. The majority of them are knockoffs (or, more accurately, ripoffs) of the first fiberglass-tubbed, Volkswagen-parts-bin Manx that Meyers himself designed and built in a garage in Newport Beach almost 60 years ago. When he built that first one, he didn’t intend to build an icon of surf culture. He assumed he’d build at most 20 of them, just so he and his buddies would have something to get them and their boards to remote breaks in pavement-free Baja.

“I wasn’t thinking about buggies,” Meyers said. “I just thought, ‘What is something that would work well down there [in Baja] that’s cheap to drive?”

If necessity was the mother of the Manx, Meyers was the father. He laid up the first 12 Manxes in fiberglass, slathering the stuff over a wooden buck he made. Since a car with a fiberglass tub (as opposed to the likes of Corvettes with steel chassis and fiberglass bodies) was such a new, untried idea, he kept a gallon of resin and a few yards of woven glass mat with him for the first few months he drove it in case the body break open and he, as he said, “wound up riding on my ass.” He needn’t have bothered as that original car has turned over the odometer a few times and has never even cracked.

“I imagine I’ve got a couple hundred thousand miles on this thing, mostly in Baja. We were there like three weeks out of a month. And we did that for several years. So the car’s got a lot of use.” 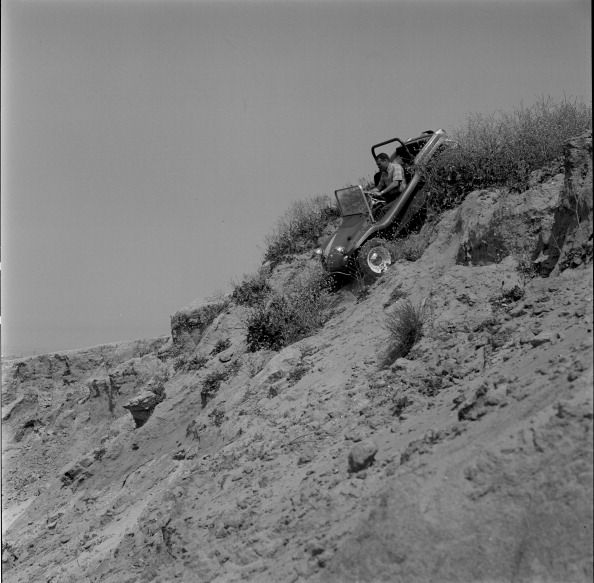 Bruce would tell you, “Sure, try this at home!”

On that day many years ago, Meyers let me drive the original Manx, called Big Red. It was my second time behind the wheel, the first being during the Baja 2000 two years prior (Autoweek, Dec. 11, 2000). Old Red, as it’s called, was still sprightly and fun, as fun to drive as it looked like it might be. Even though I ground the gears, all the old Volkswagen pieces kept jumping to life and springing the car forward.

The most durable things are usually the simplest, and the original Manx is simple. After the first 12 he stopped using the big fiberglass tubs for the bodies and built the rest on the shortened chassis of Volkswagen Beetles, because he was so impressed with the Beetle’s engineering.

“It’s a marvelous basic thing. I’ve been weighing aftermarket frames for buggies and they’re never as light as a Volkswagen floorpan. Old Ferdinand [Porsche] was really a sharp guy.”

To make the shape of that original Manx body Meyers drew on his life-drawing experience, trying to imbue it with what he calls “gesture,” and “a sense of motion” that remains even when the car is standing still. 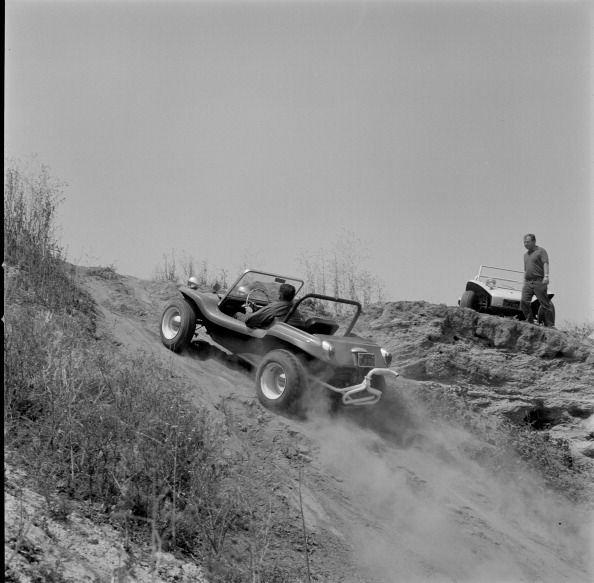 The Manx could go anywhere.

There was more to Meyers than technical expertise.

“Here I was an ex-hot rodder, racing my ’32 Ford roadsters up at the dry lakes, and building fiberglass sailboats and the beach-boy attitude… So you have this kind of a posture of loose craziness. I spent a year building this thing not knowing whether it was going to be profitable or not. That tells you right there that I’m wacko.”

But it was profitable. He made 7,000 of them from 1966 until he lost the copyright protection battle he’d been fighting in court for years and he stopped making Manxes in 1970.

Then there was a gap in his automotive production of 30 years, which is too bad for us. In that time he did some boat and car tooling, made some convertible conversions, and built a house in Baja. But in the back of his mind there was always the Manx. So he came back and built the Manxter 2+2, a four-seater.

The Manxter 2+2 is the natural evolution of the first Manx. Like the original, it’s based on a VW Beetle floorpan, but this one is not shortened. Instead of taking out the 14 inches of floorpan required by the first Manxes, he simply left it all in for this one.

You can still buy a Manx through the company, which is still building and selling the kits. And if you do, take a moment to send a thanks up to the original surfer who came up with the design.