By CSMOctober 17, 2021In Memoriam
No Comments

One of the greats of surfing is gone. Our friend Tom Morey passed away Wednesday evening, peacefully at Saddleback Memorial in Orange County. He was 86, surrounded by his family and a few close friends.

One of the early pioneers in the modern surfing era, he could be considered the Ben Franklin of the surfing world. Like Franklin, Morey was a jack of all trades and the master of so many it is almost dizzying.

A native of Detroit, who earned a degree from the University of California, Morey became one of the seminal figures of our culture. A board designer, scientist, musician, philosopher, entrepreneur, and not least an excellent surfer, Morey was an influence in a nearly every aspect of surfing. 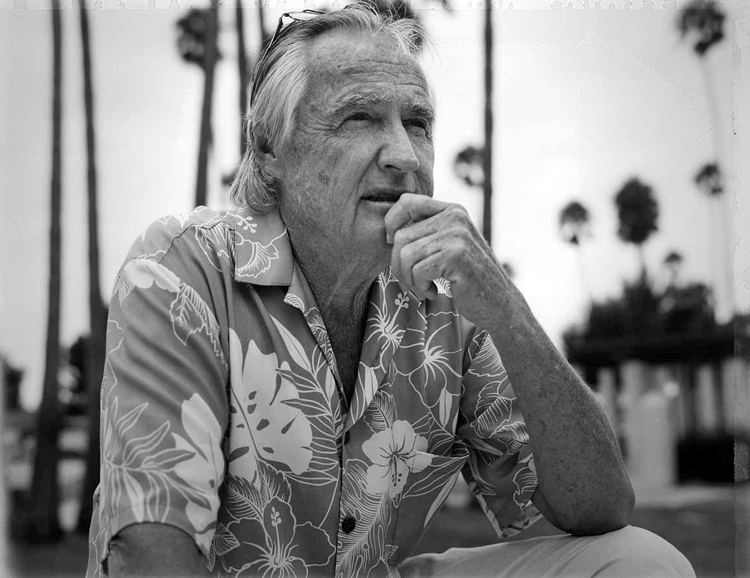 When competition was still just a theory in surfdom, he created the Invitational Nose Riding Championships, the first professional surfing contest, held at Ventura Point. A prominent surfboard designer and innovator, he invented the “Wing Tip,” a Coaund Lift nose, and created the first polypropylene fin and first commercial interchangeable fin system. His Morey-Pope shapes are sought after boards to this day. 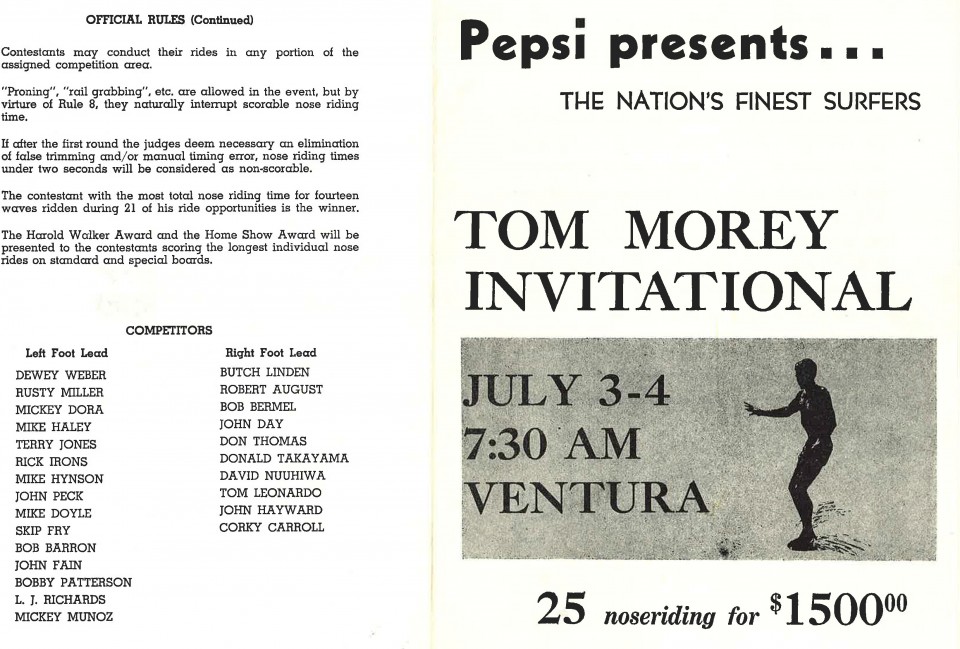 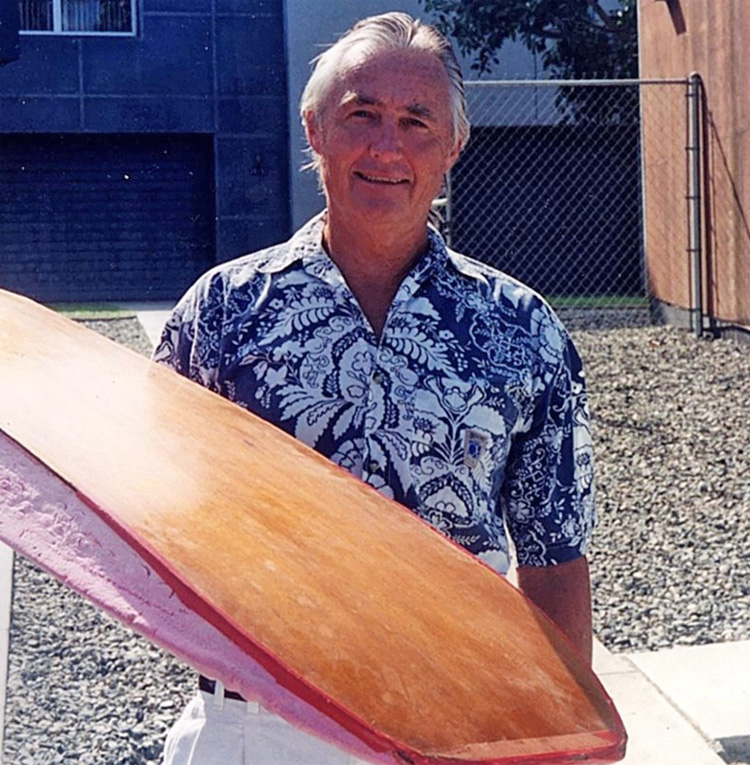 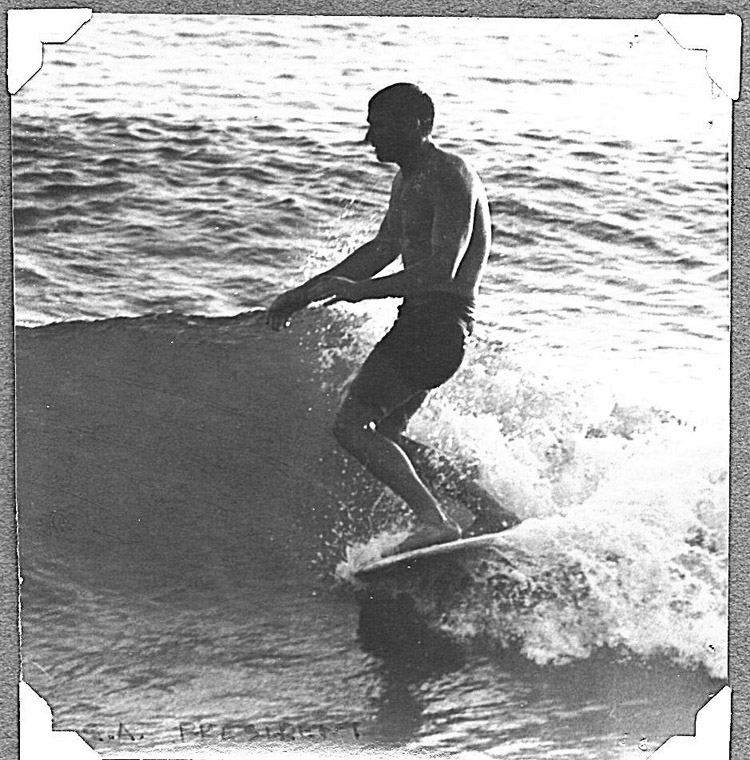 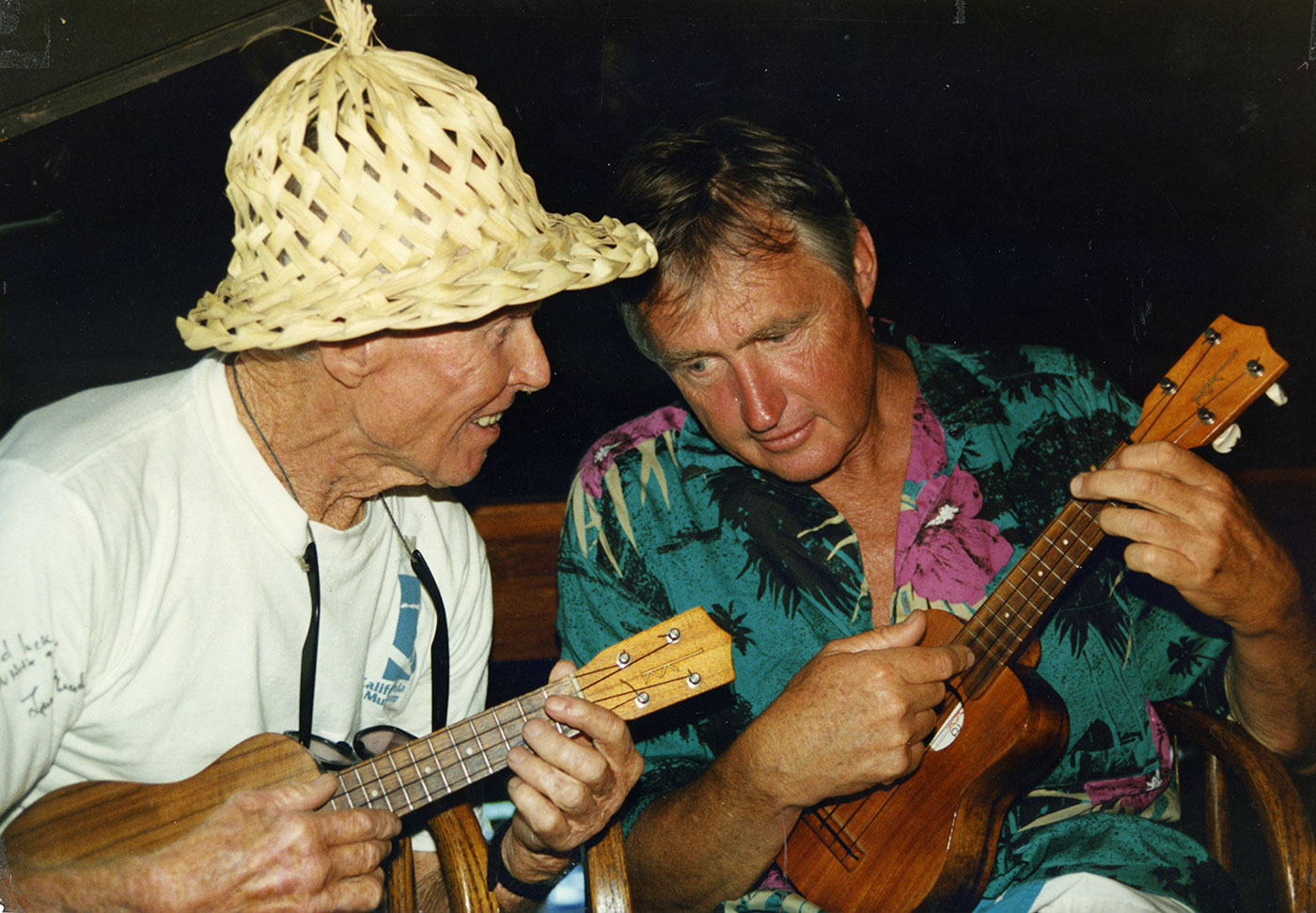 Regarded as a master musician of many instruments including ukulele, drums, and guitar, Morey performed professionally with musicians such as Dizzy Gillespie, Stu Williamson, Bud Shank and Conti Condolli.

In a field that was still in its infancy, he engineered the essence of today’s “soft board” manufacturing technology. Later in life he designed the Swizzle board, a parabolic-shaped longboard design that was ahead of its time.

Lorrin “Whitey” Harrison and Tom Morey getting in tune to play at a celebration of life for Hevs McClelland, July 1992. Photo by Lewis Tarter.

No doubt the world will remember him most for his seminal invention: the Morey Boogie, the first and most popular bodyboard of all time. That single device introduced more people to the joy of waveriding than any other person in the world. 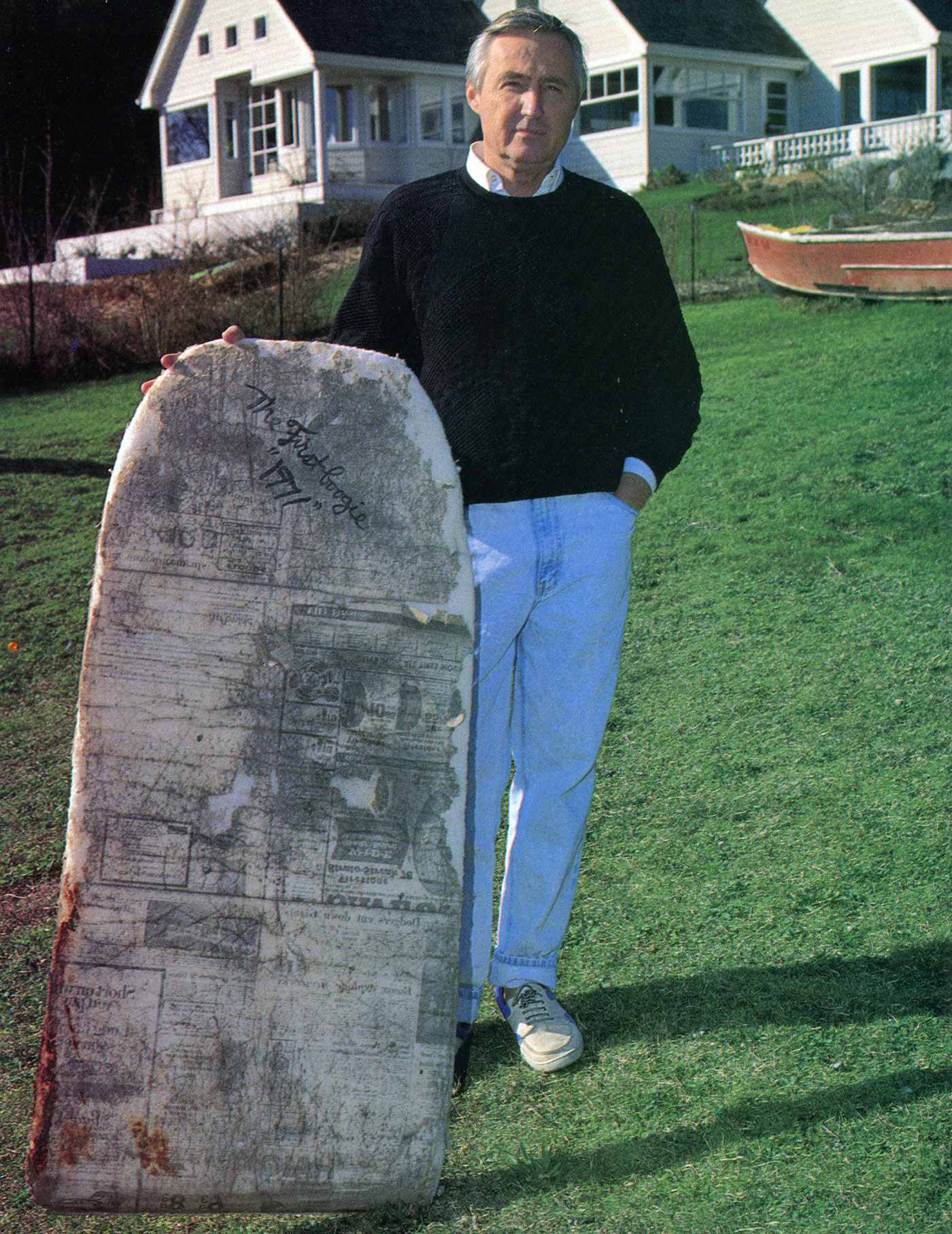 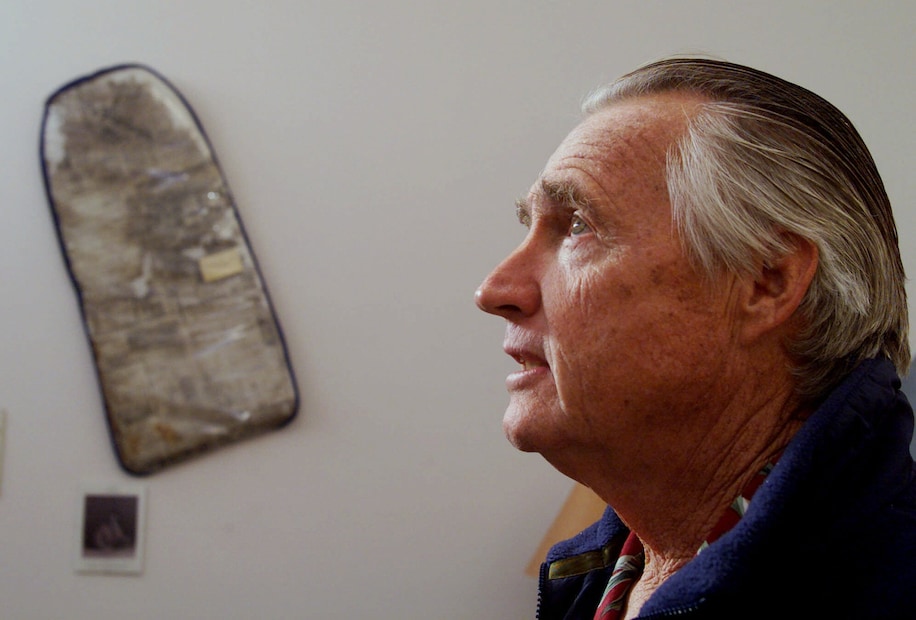 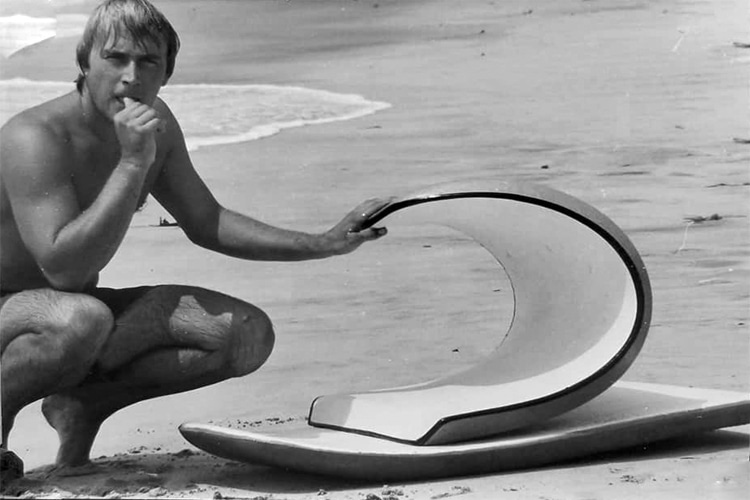 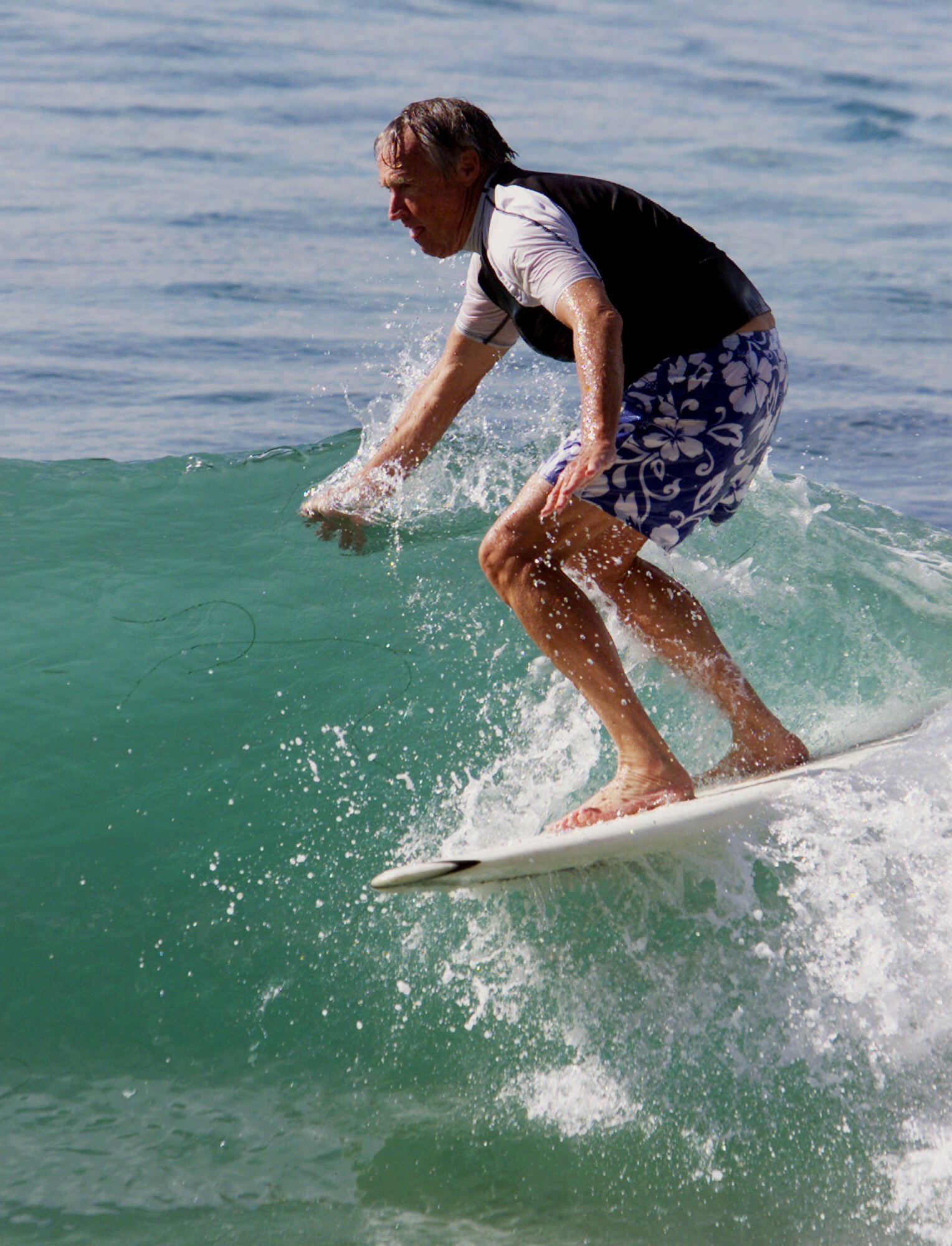 But it will be Morey the surfer — the ingenious, humorous, brilliant, self-effacing, philosophic thinker — that those who knew him will remember. Along with his wonderful wife Marchia he would light up any room, but never failed to connect with each person in it.

His simple gift — a design that allowed anyone from paraplegics to Pipeline pros to boogie their brains out on a wave — will be his joyous, lasting, legacy.