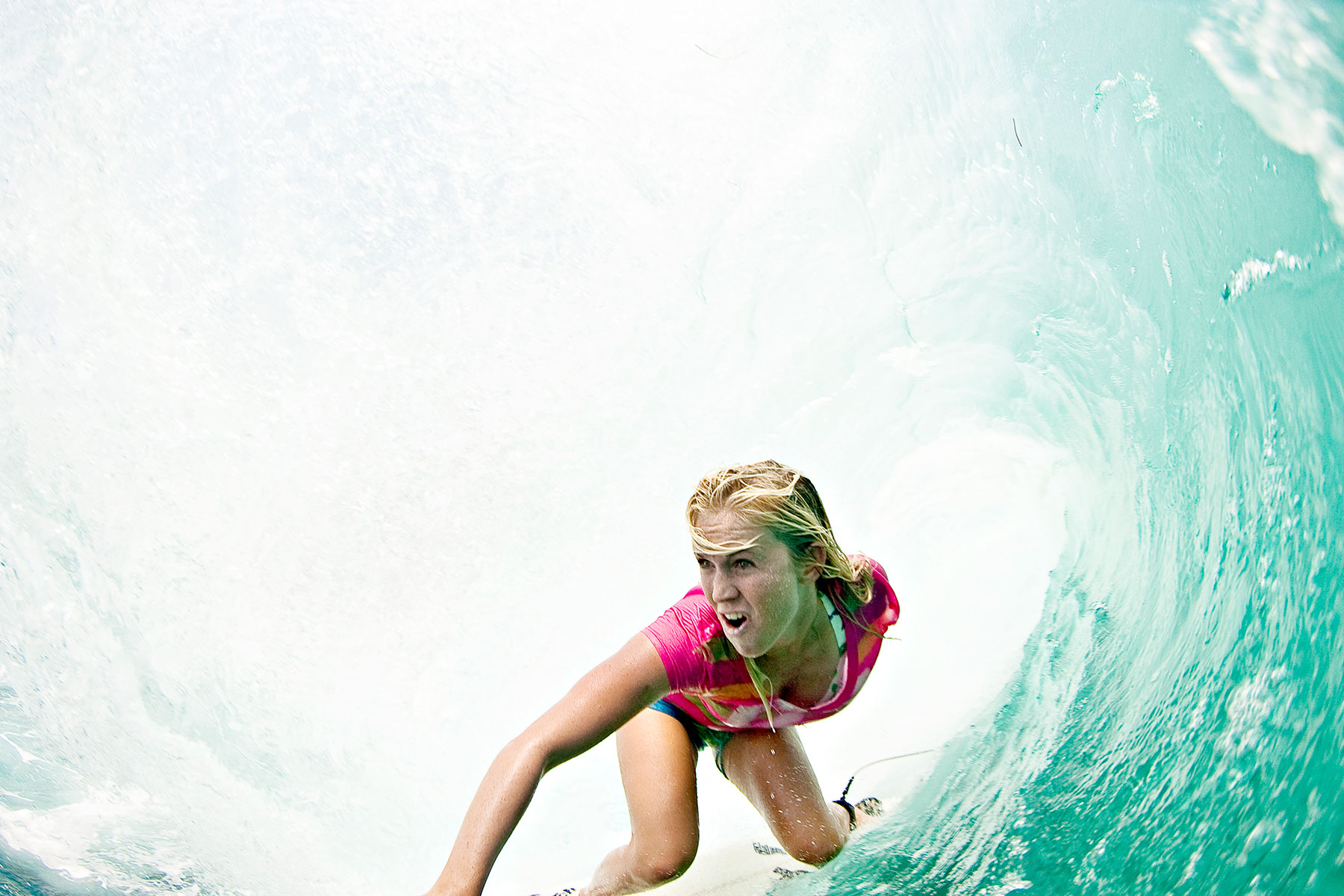 CSM’s exhibit Courageous Inspiration: Bethany Hamilton is far and away the most popular exhibit and compelling story that the museum has had in our 29-year history.

The exhibit tells the story of Bethany losing her left arm to a Tiger shark while surfing at Tunnels Beach on Kauai, how she survived that attack through the help of Alana Blanchard and her family, and the determination exhibited by Bethany to not only recover from the incident, but return to surfing a mere three weeks after the attack. But she didn’t just return to surfing – she returned to competitive surfing – and she continues to do well in surfing contests around the world and even surfing big waves. Her story and her positive outlook on life have caused her to be in demand as a motivational speaker. She has inspired countless people to overcome adversity and not give up on their dreams.

The exhibit features the surfboard Bethany was riding on that fateful Halloween day in 2003, the bathing suit she was wearing, the documentary Heart of a Soul Surfer, and several photographs and newspaper clippings. 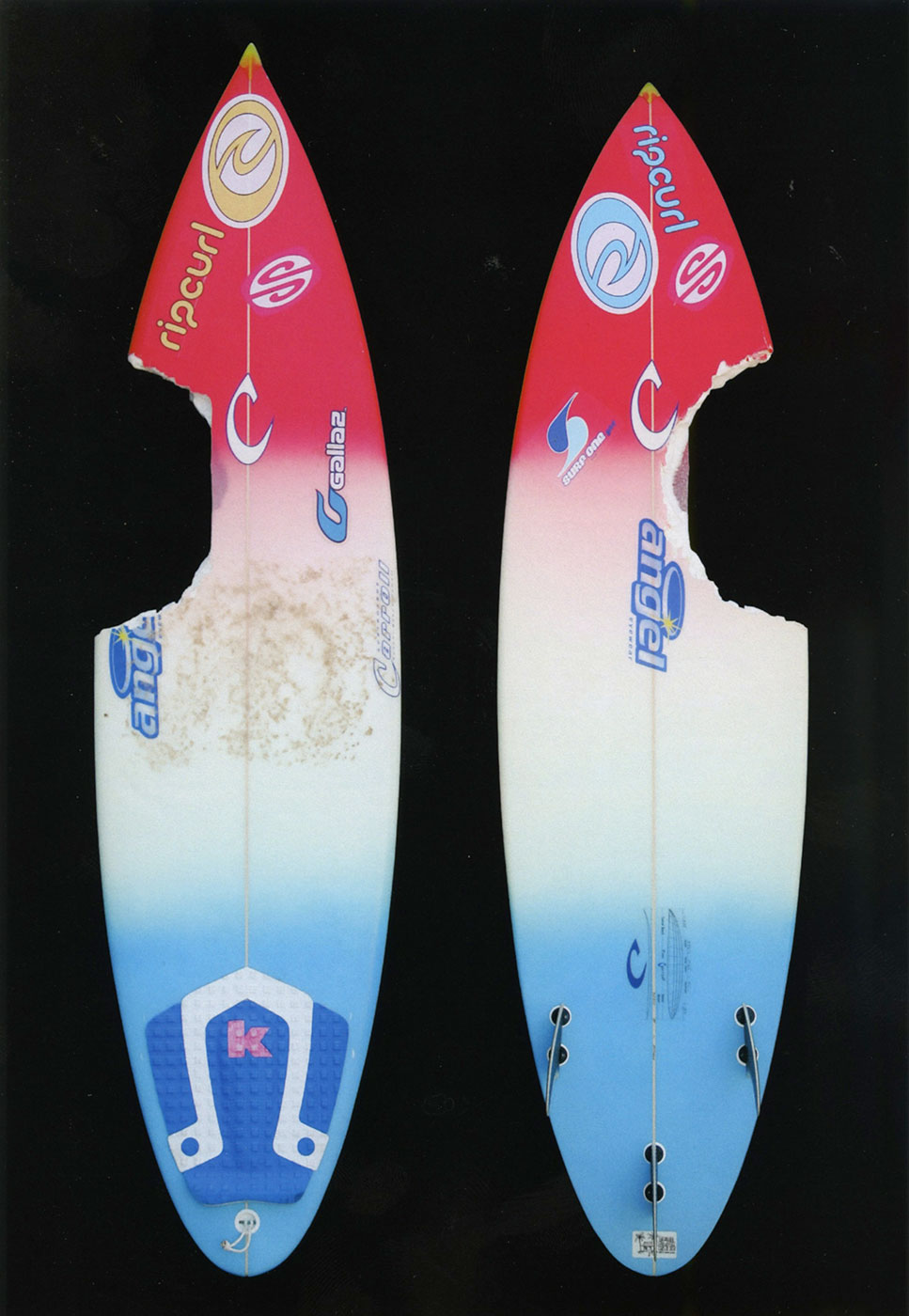 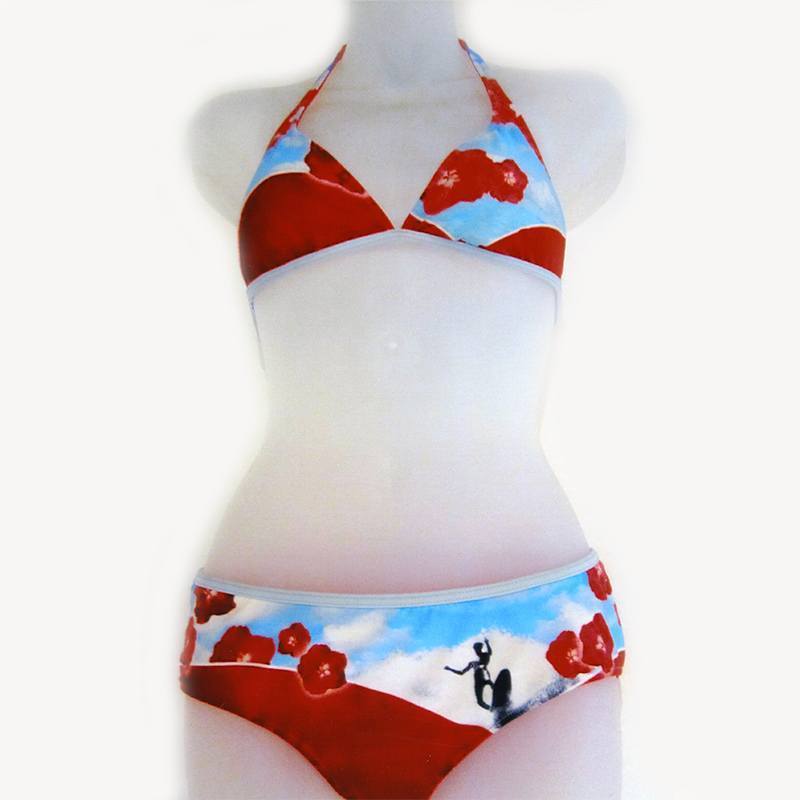 The two-piece suit that Bethany was wearing on the day of the attack was made by artist/photographer Aaron Chang who sent it to Bethany as a gift. The uncanny coincidence: the silhouetted figure on the suit is big-wave surfer Bill Hamilton, a friend and neighbor of Bethany’s, who was instrumental in catching the shark believed to be involved in the attack.

Bill Hamilton is a highly regarded local, a big-wave surf legend and fisherman, and is the father of Laird Hamilton. Shortly after the attack, Bethany’s dad Tom pulled Bill aside when he was visiting at the hospital, and asked him to please try and catch the shark. Tom felt that the shark, which had been previously sighted in the area, was considered “rogue,” and would continue to be a threat to the area’s surfers and fishermen as long as it stayed in nearby waters. Bill agreed. Calling on the expertise of fellow fisherman and surfing buddy Ralph Young, the two devised a plan that was successful in catching a 13-foot, 6-inch tiger shark. When the shark’s jaws were compared to the bite imprint on Bethany’s board, the teeth marks lined up perfectly.

Bethany Hamilton is one of surfing’s greatest ambassadors. Although most know Bethany’s story, a majority of people have no idea how she surfs at the high level she does. In the video below, Bethany illustrates how she does what most would deem impossible: duck diving, paddling, and late drops. Watch and prepare to be amazed! 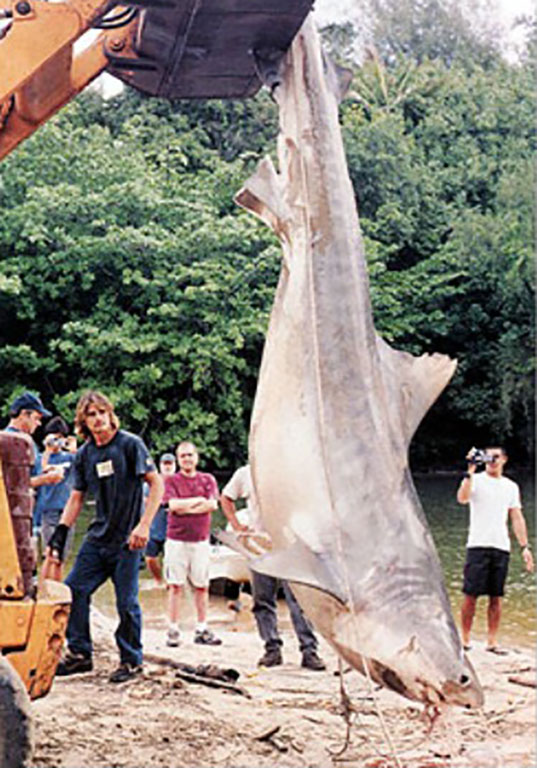