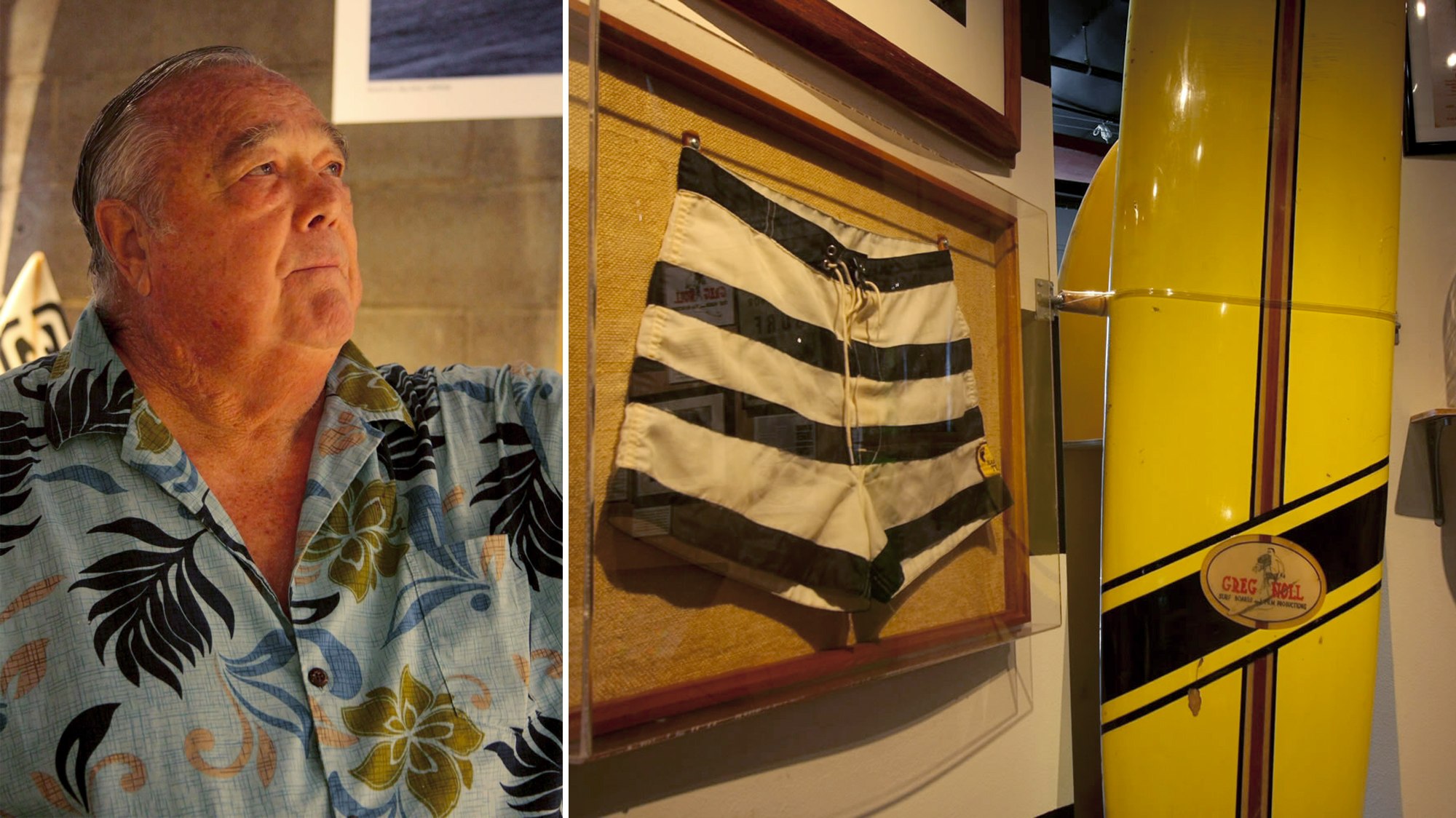 Colorful, charismatic, headstrong, and larger-than-life, Greg Noll was born in 1937 and decided early on that being around the ocean was to be his life. When he was a youngster, the family lived near the Manhattan Beach Pier and Greg learned to fish and worked as a bait-disher. Out on the pier he soaked up the wisdom of seasoned fishermen. He liked hanging around with the local lifeguards, he begged them to ride one of the heavy rescue paddleboards. They finally gave in and loaned him a board: he never forgot the thrill of catching his first wave! 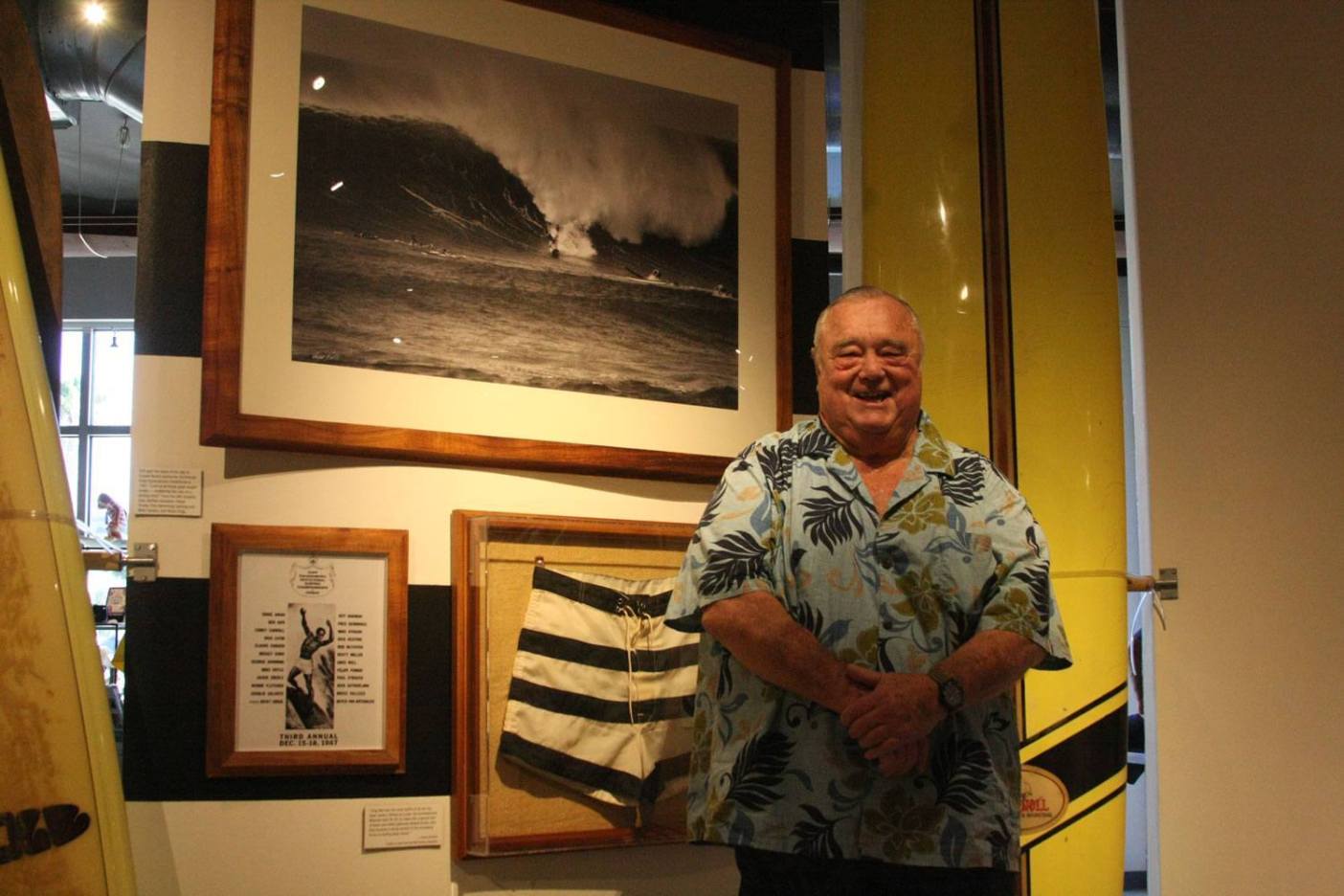 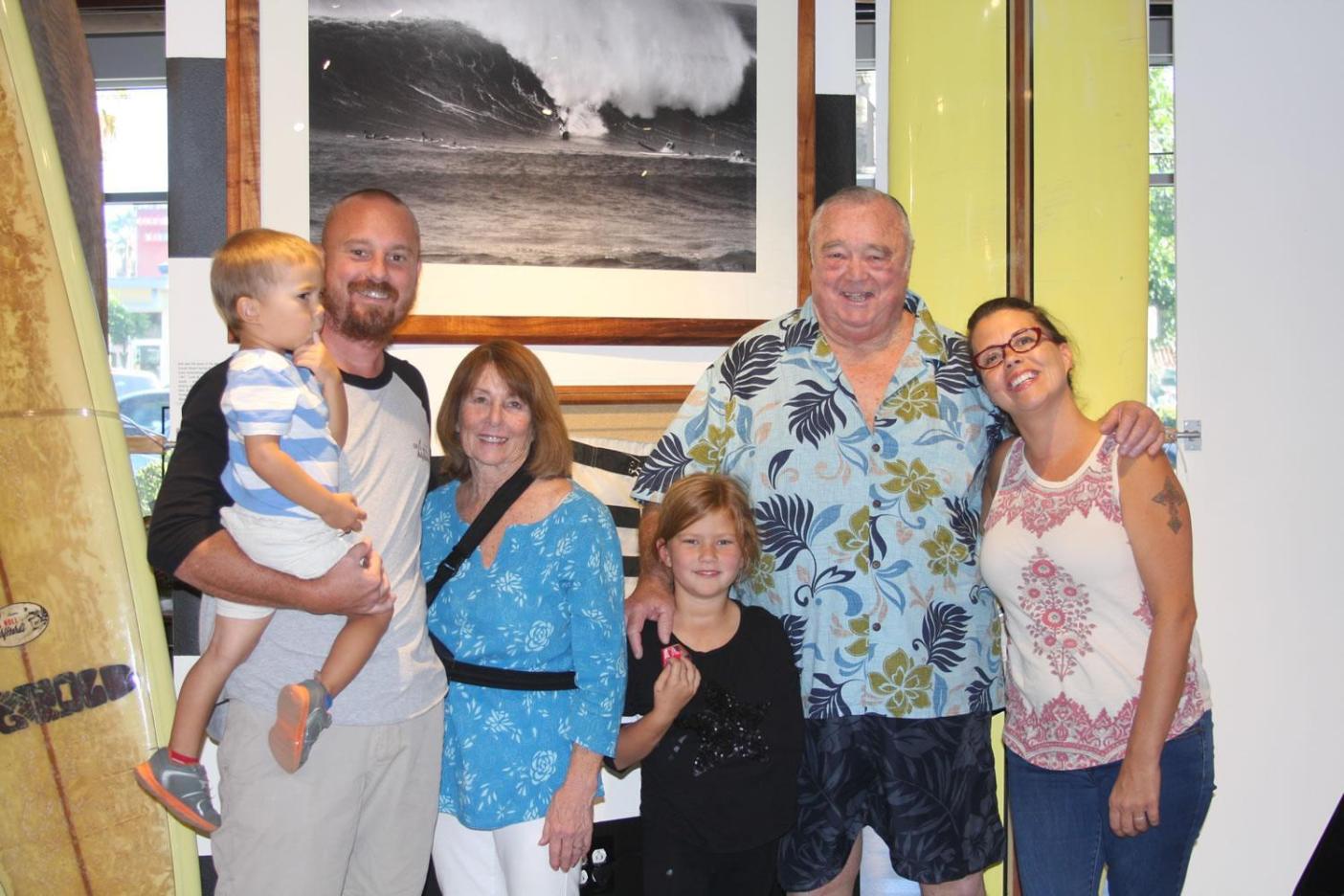 Noll went on to become a big-wave surfing pioneer and master longboard shaper. He was a member of the US lifeguard team that traveled to Australia during the time of the 1956 Melbourne Olympics, bringing with them their lighter-weight “Malibu” boards – a visit that launched the Aussies into years of boardshaping innovations. Noll also filmed and produced a series of high-energy surf movies from 1957 to 1961, each one titled Search for Surf. After a while he realized that being behind the lens was not for him – why was he not out there catching the biggest and best waves? He handed the camera to his wife, grabbed his board, and never looked back.

In 1965 Greg opened a 20,000 square foot factory in Hermosa Beach – the biggest board-building operation in the world at the time. In no time Noll Surfboards was churning out 200 boards weekly, shipping a large percentage of them to the surf-crazed East Coast.

For the next few years big waves continued to beckon and Noll regularly flew to Hawaii whenever storm surf hit the beaches. Makaha, Pipeline, Waimea – Greg was there, often pushing the most respected big-wave names of the time. However, in 1969, after he barely survived a gnarly wipeout at giant Makaha, he did some serious soul-searching and decided to give up his surfboard manufacturing business. Relocating his family to Northern California, he became a commercial fisherman for the next 20 years. But an expert and capable board shaper is not kept down for long. Under the watchful eye of towering redwoods he has spent the past several years shaping some of the most sought-after classic boards in the world. 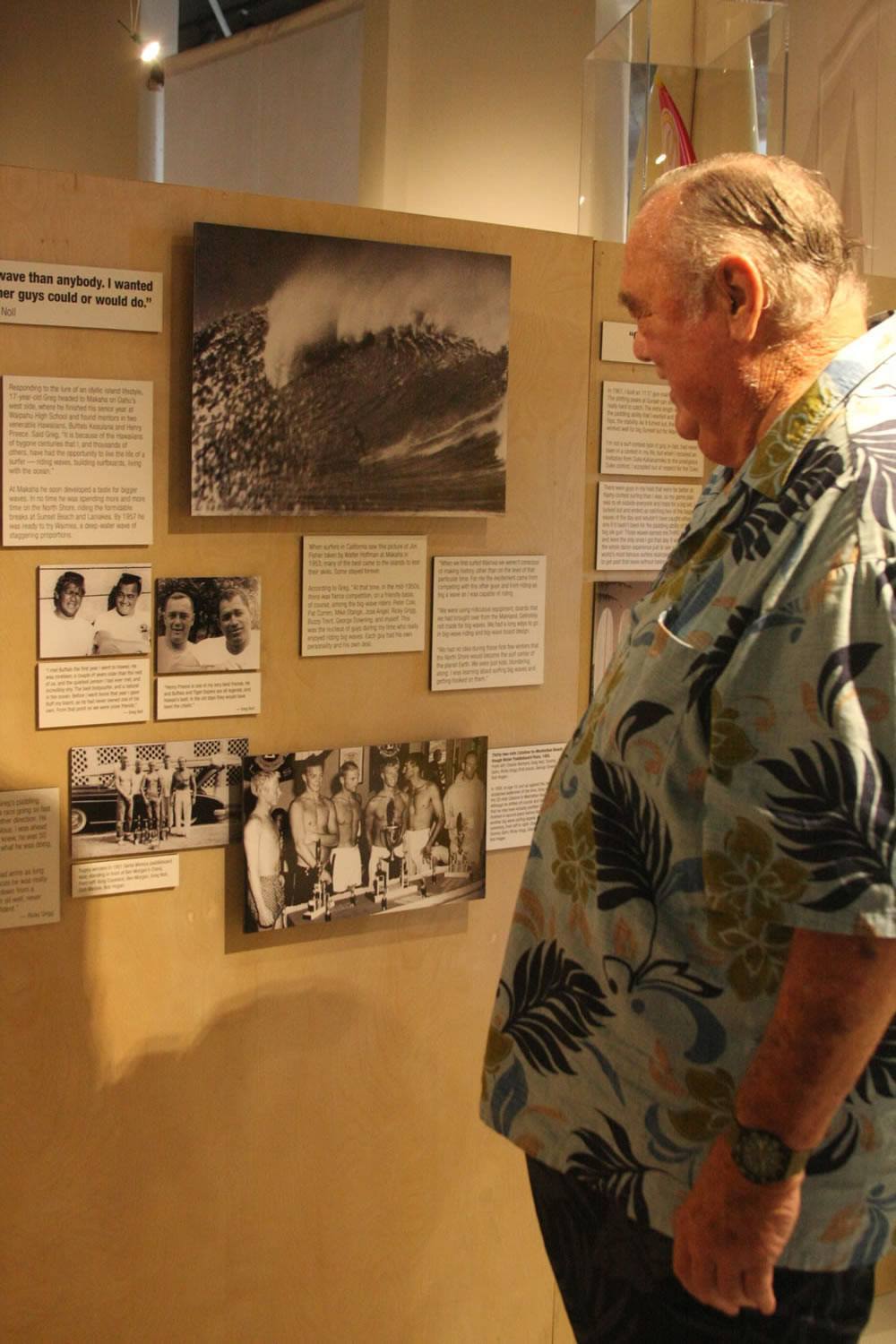 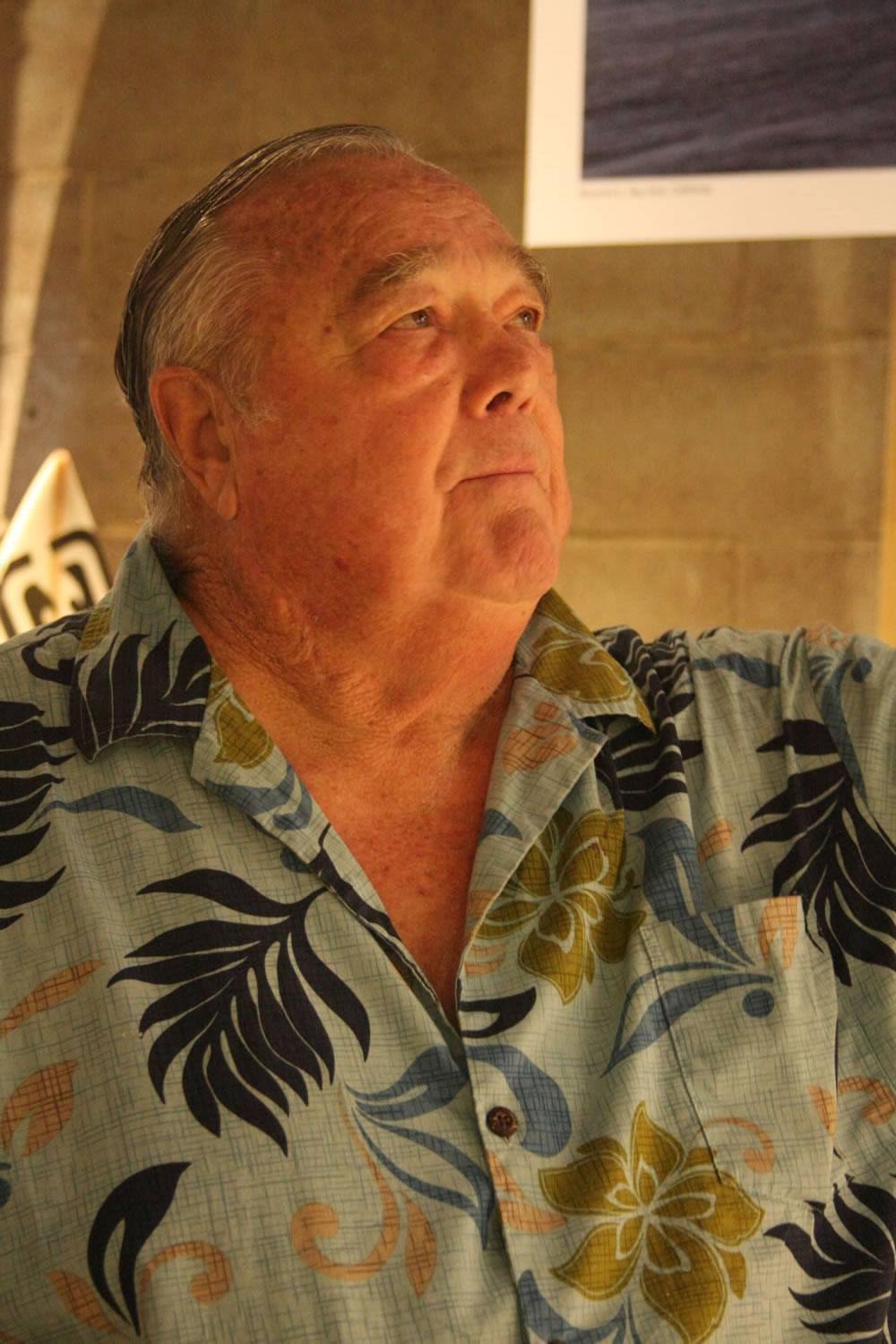 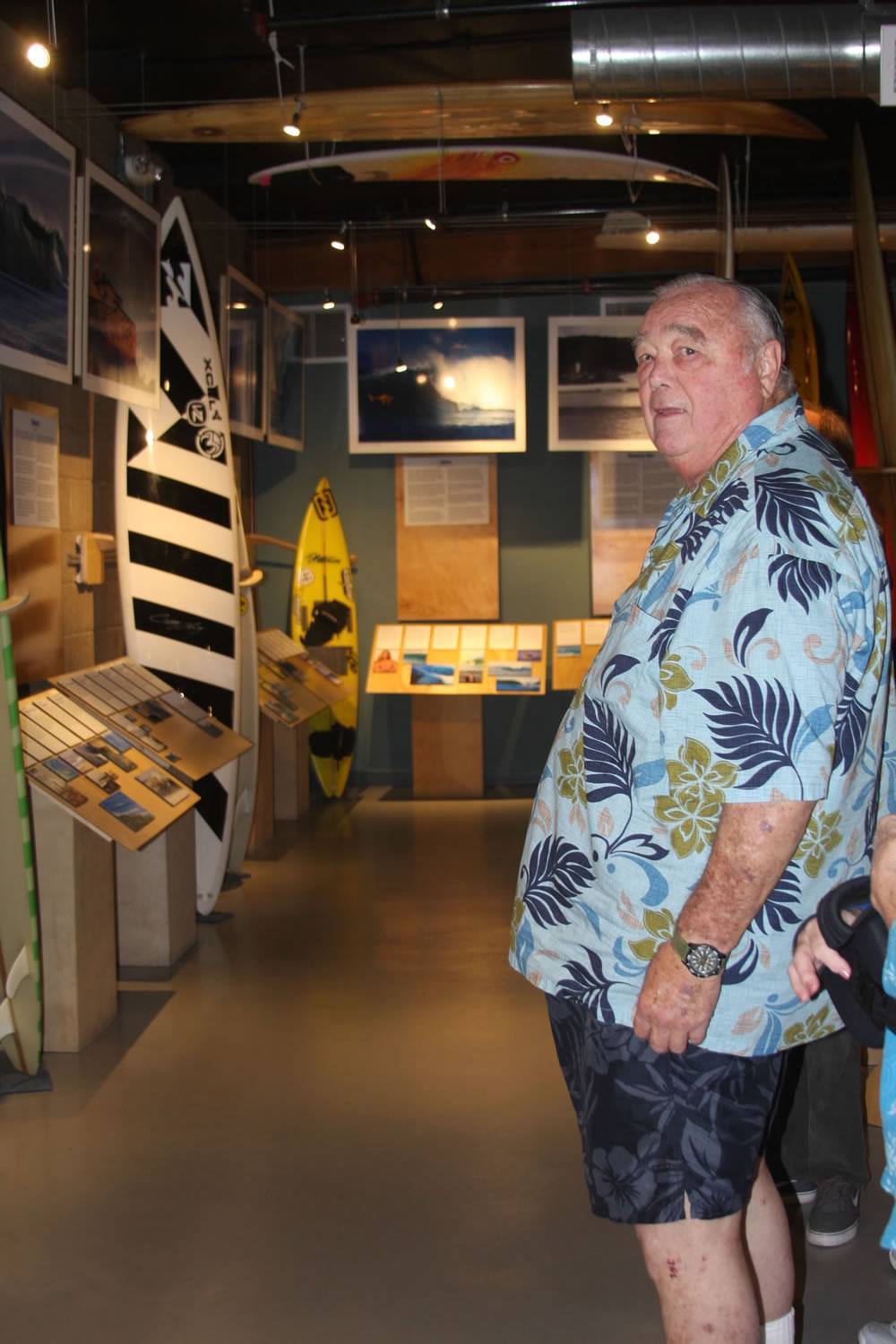 In a remarkable life filled with significant firsts and immense rewards, Greg Noll was voted the top big-wave rider in a 1965 Surfing Illustrated Readers Poll and was inducted into the Huntington Beach Surfing Walk of Fame in 1996. He also received the SIMA Waterman’s Achievement award in 1998. CSM was pleased to present Greg with a Silver Surfer award at the 2015 annual Gala.