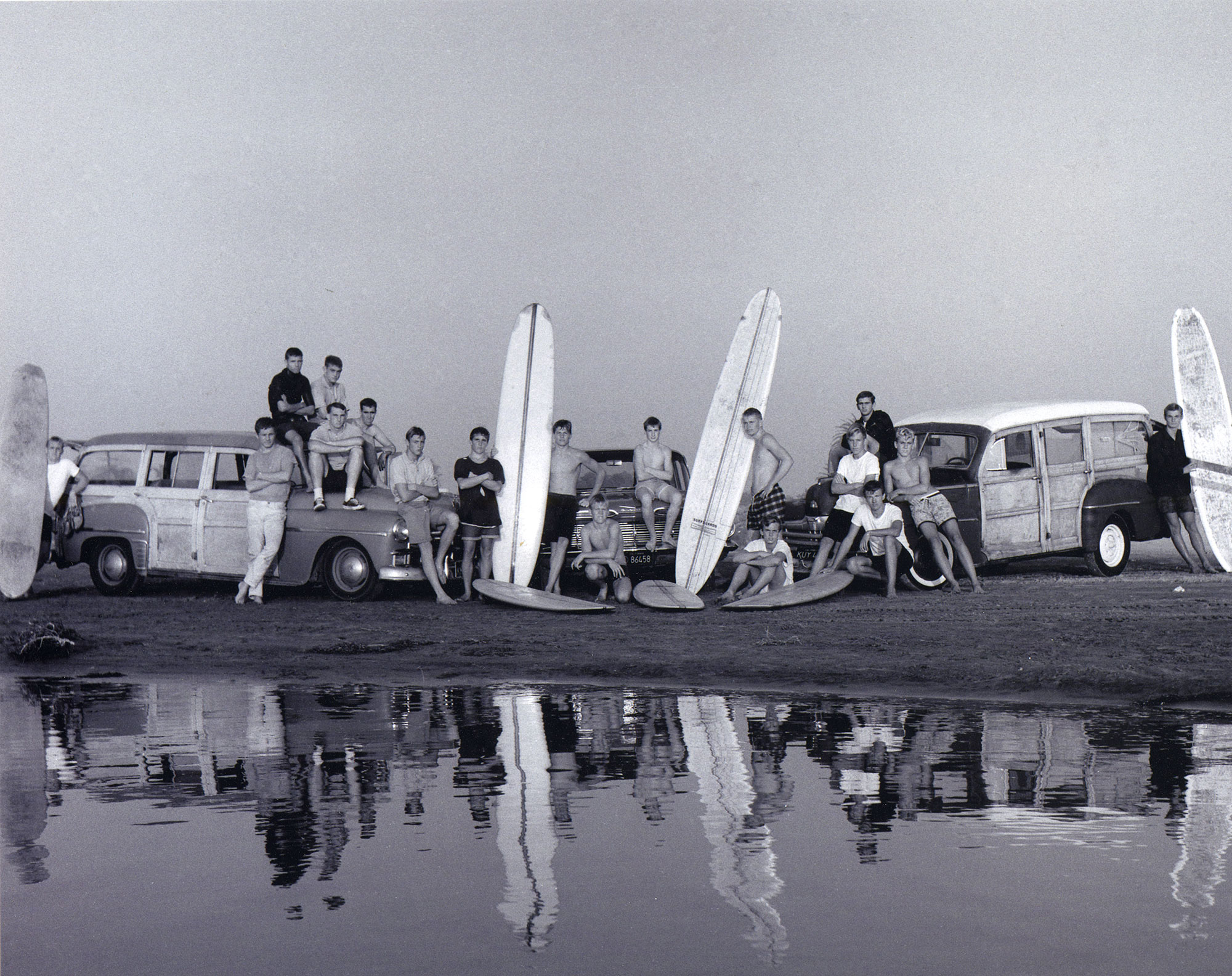 By CSMArchive Exhibits, Stories
No Comments

This extraordinary image was taken in Coronado in 1963. It graces the cover of Surfing in San Diego (2007), a top-selling Arcadia book that features several of Tom’s local photos.

Tom Keck started shooting surfing in California in the 1950s – and he’s still at it! To quote Tom: “Not daily now, but some surfing and events, and interesting people. I always have at least three cameras ready: my two Canons and my iPhone.”

Born and raised in Coronado, California, Tom quickly took to the ocean lifestyle. The powerful shorebreak at his home beach was perfect for bodysurfing, and by the time he was 12, he was an accomplished wave-catcher. 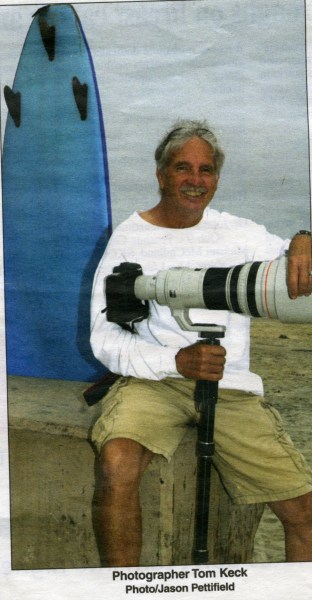 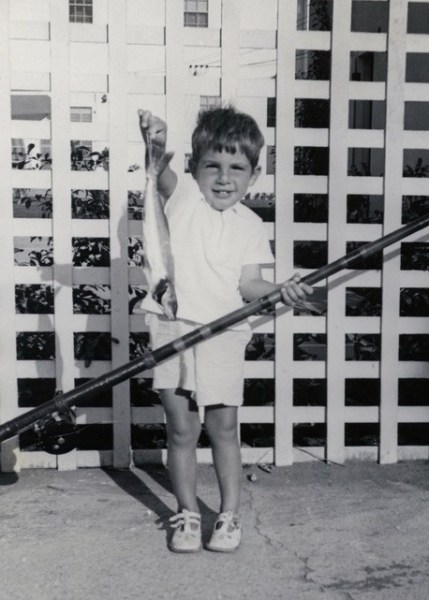 “Then, during my junior year at Coronado High School, I got a junk Kodak cheapie, but soon got rid of that for a compact folding Contessa I could carry in my back pocket. In my final year at school I got an old 35mm and just started shooting my friends and things that caught my eye. It was my way of starting out on an adventure, with no idea of what was to come.” 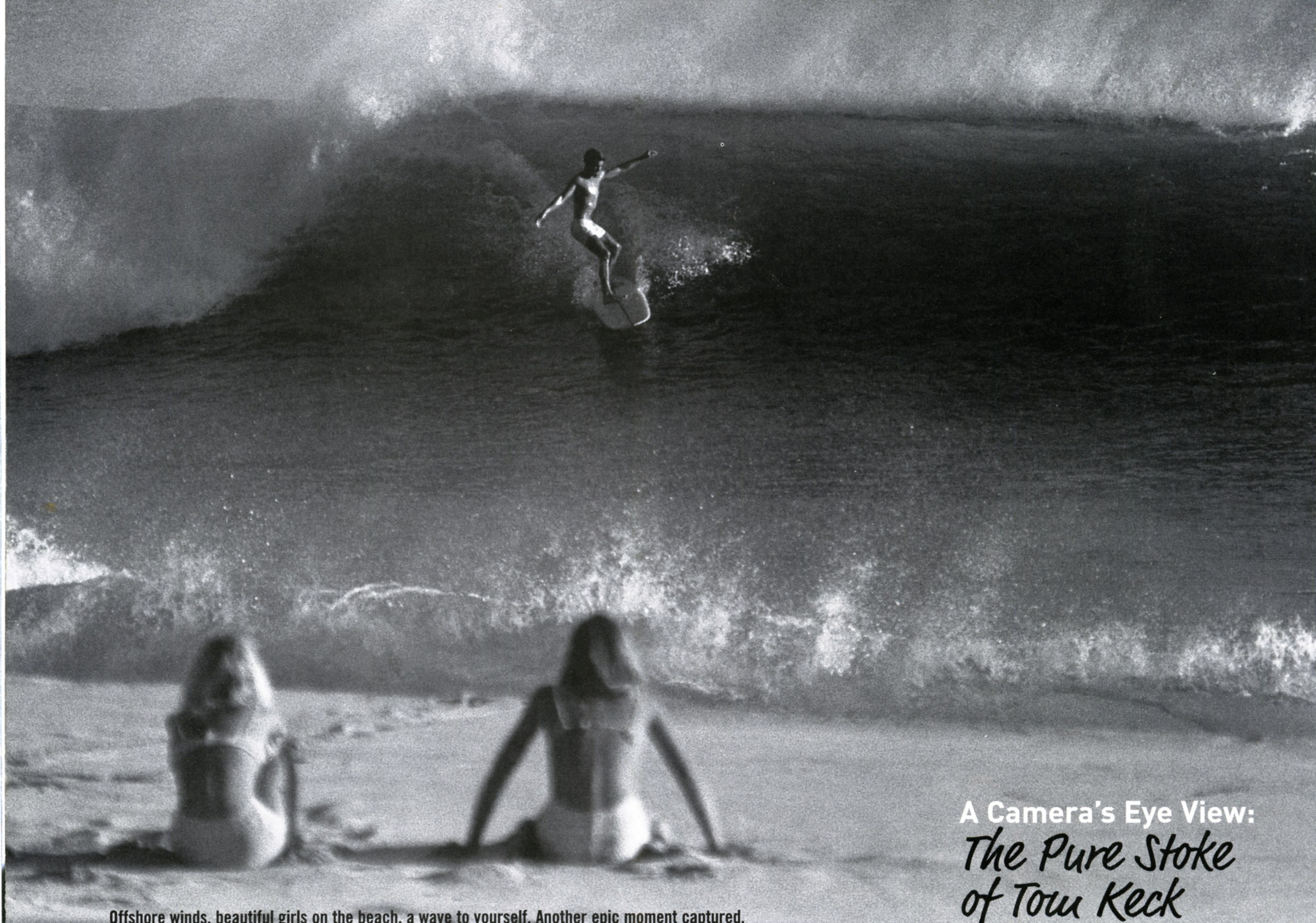 “After I graduated high school in 1958 fellow lifeguard Johnny Elwell and I headed to Hawaii to attend the BYU campus at Laie, near the North Shore. I took a class called “The Chemistry of Photography” and shot a lot of surfing, mostly black and whites because it was cheaper. If the surf was excellent I might splurge on a roll of Kodachrome 10 color film. It was expensive to have developed – but sometimes it was well worth it.” At the time, Oahu’s North Shore was a stunning and relatively empty paradise, and Tom was rubbing elbows with (and photographing) Pat Curren, Phil Edwards, Ricky Grigg, Buzzy Trent, and others. Tom’s photos began appearing regularly in Surfer magazine and he contributed to other national magazine publications as well.  “I’d started doing freelance work for the two Hawaiian newspapers, and I found that I was often right on the spot when things happened. Then when John Severson started Surfer magazine, I was their main guy from Hawaii for many years. When I returned to California I kept on shooting along the coast and submitting to the surfing publications.” 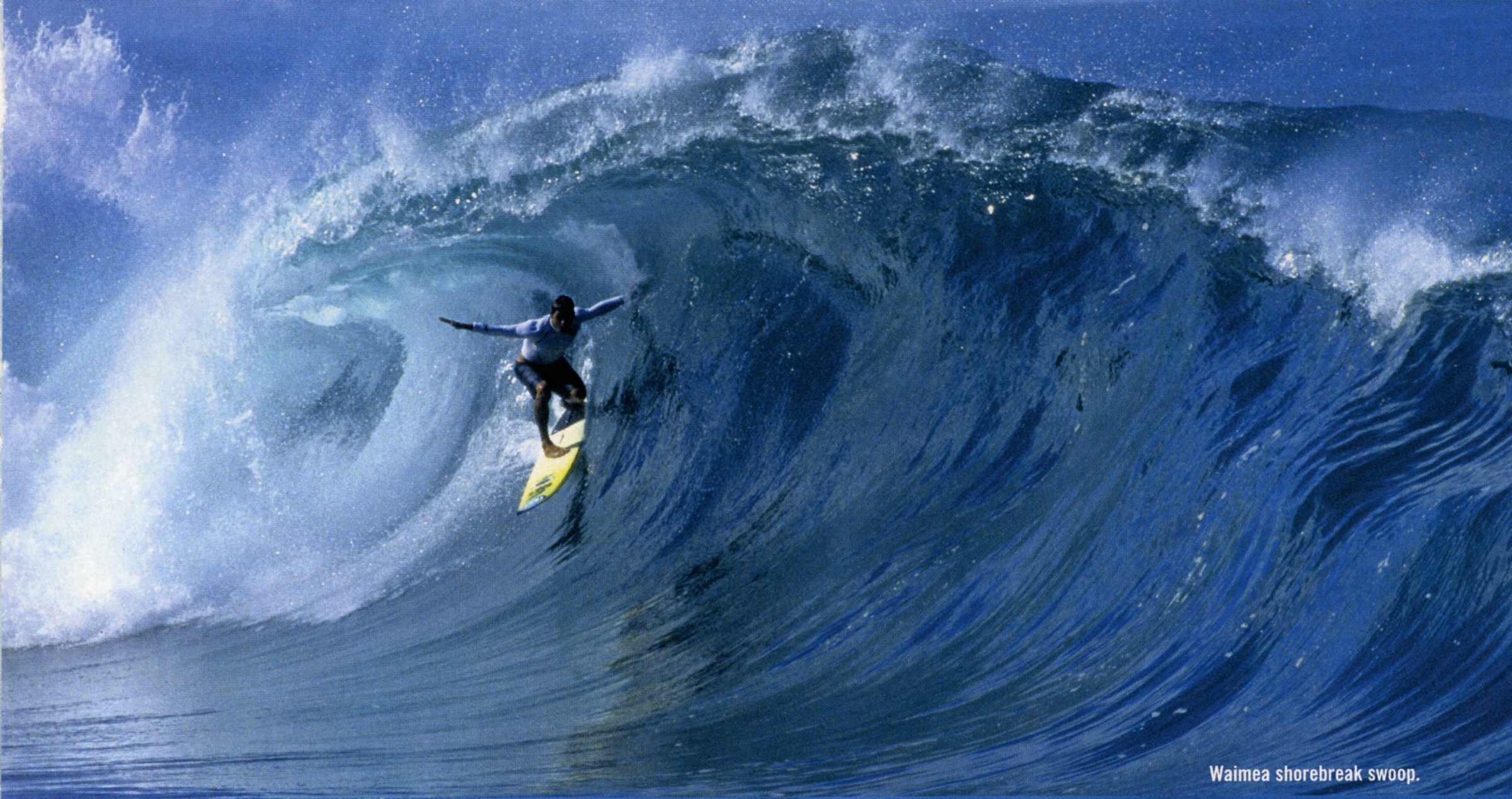 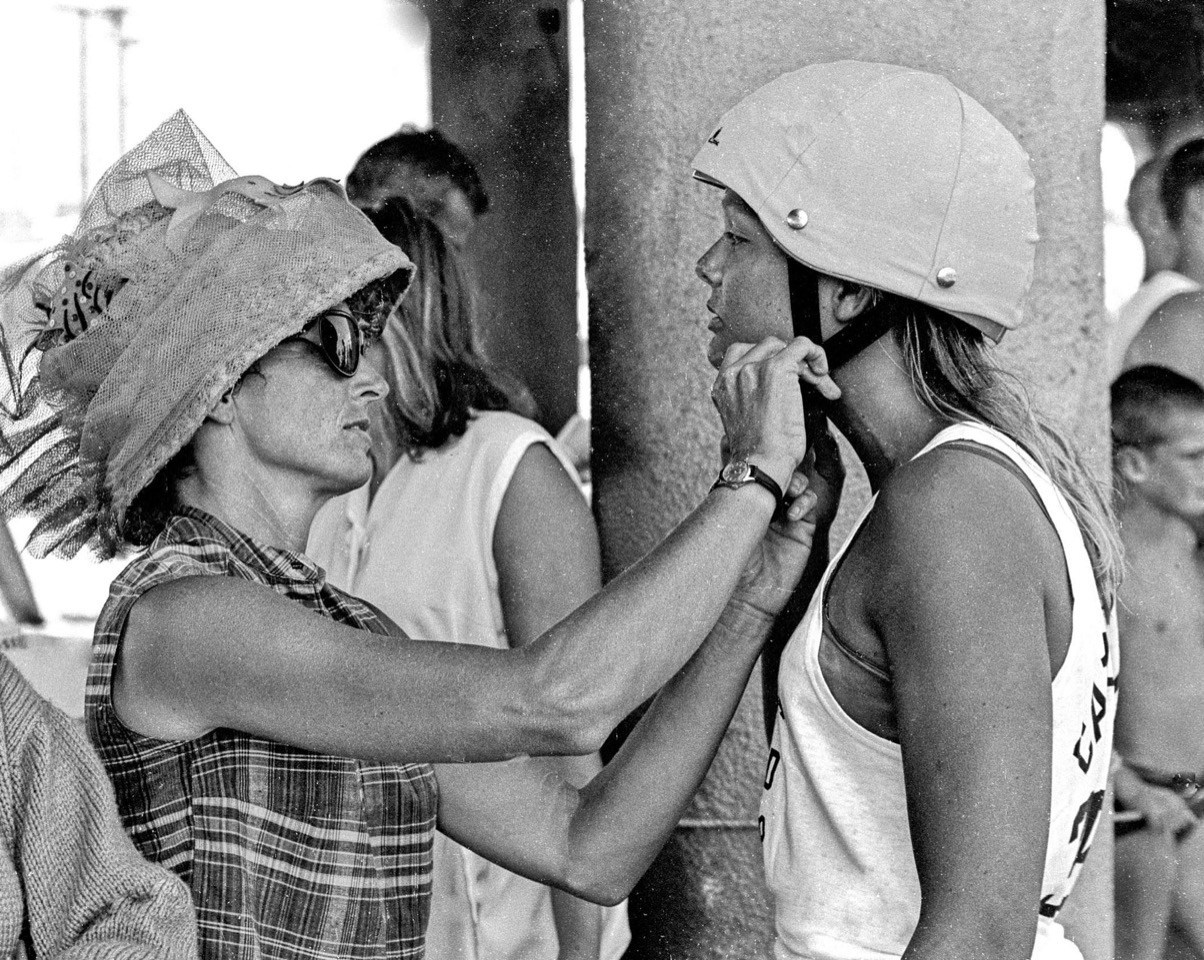 While his action photos are full of kinetic energy, many of his signature images reveal some of surfing’s quieter, more hidden, poignant moments. 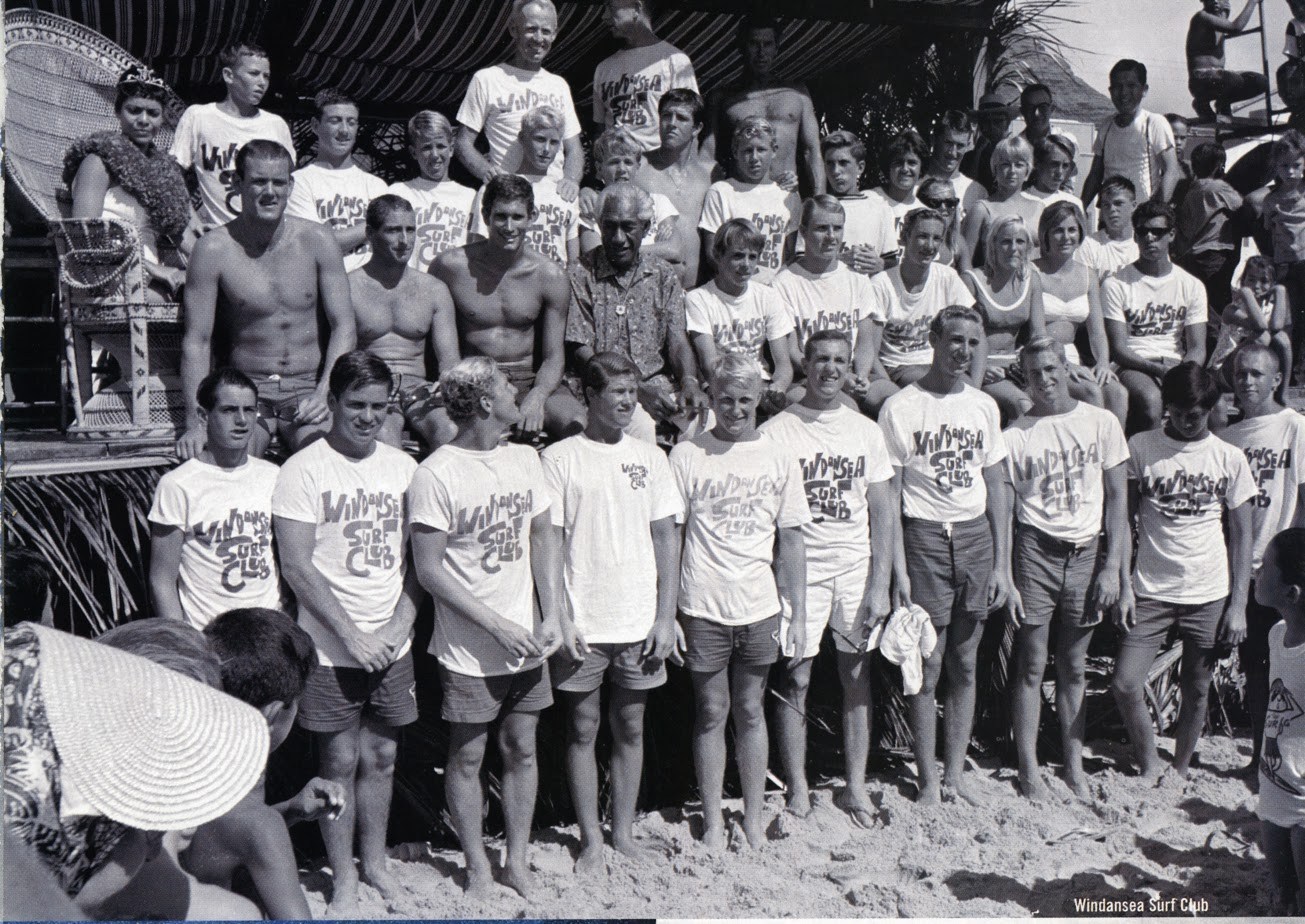 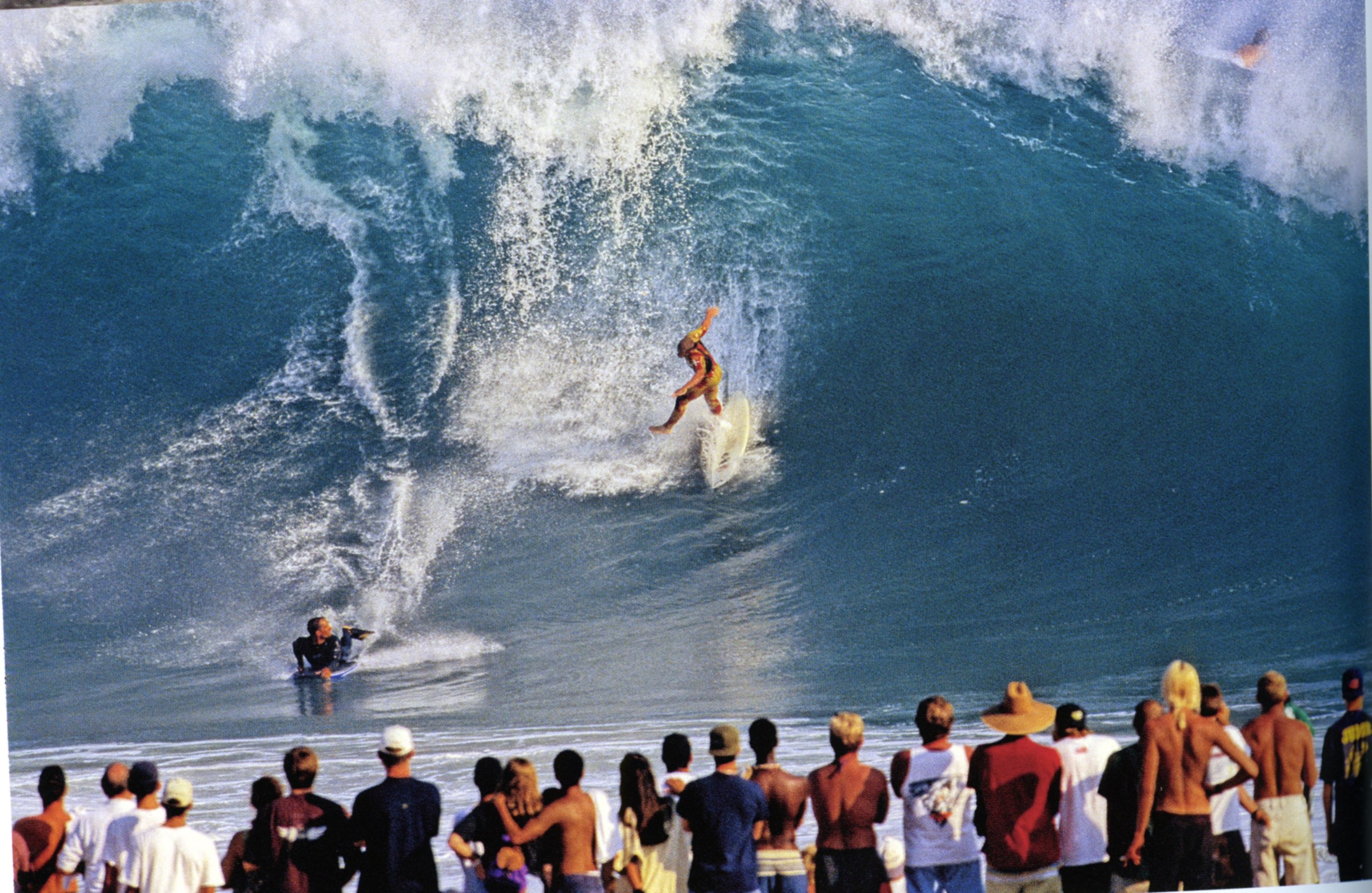 As a professional news photographer, Tom went on to win several Emmys while working for the L.A. Times, the San Diego Union/Tribune, and other major papers. He covered the aftermath of the Heaven’s Gate tragedy in Rancho Santa Fe (1997) and the stolen tank rampage in 1995.  However, surf photography always remained his passion, and his esteemed portfolio earned him a place in the Surfing Hall of Fame in 1993.

CSM deeply appreciates the many stunning images Tom has shared with us since 1986, and in 2006 we curated an exhibit called “Tom Keck: Exposed.” It was a huge success. The grand opening was packed with Tom’s family members and numerous associates that he worked with in the news media. It was the first public exhibit of his career, and featured several notable news photos as well as a broad range of surfing images. 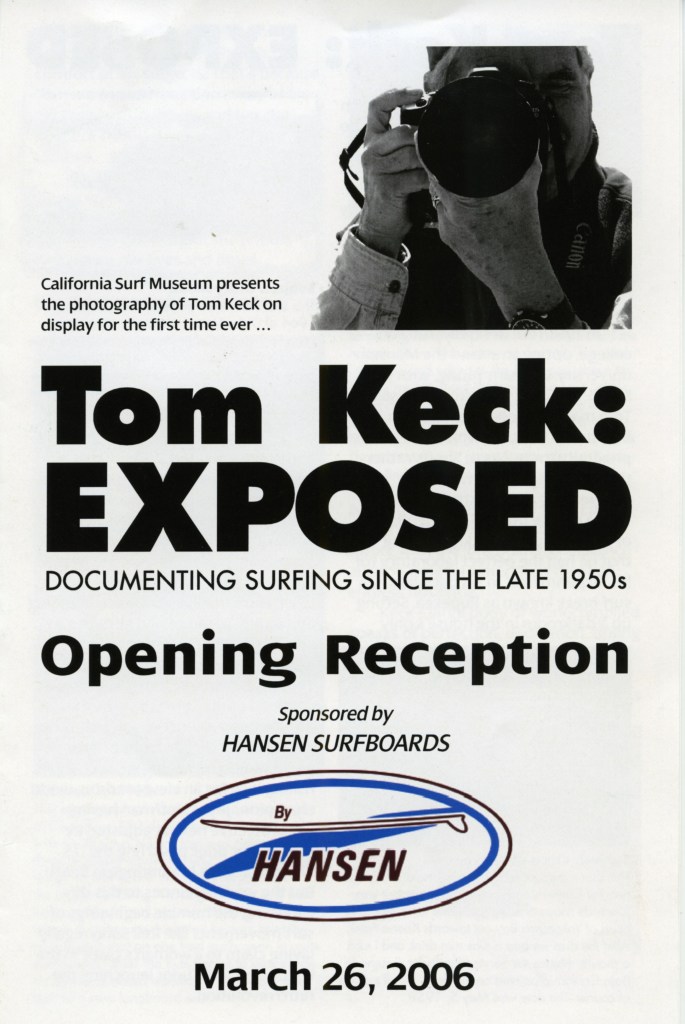