She Is The Ocean Premiere

Did you miss the premiere on Thursday, October 15? You can purchase your ticket for this virtual online screening anytime until Saturday, October 31 at 6pm. Once you activate your ticket, you have 48 hours to watch the documentary and recorded panel discussion as many times as you would like. Ticket link below.

According to James Huntsman, owner of Blue Fox Entertainment which is releasing “She is the Ocean,” “We are proud to work with director Inna Blokhina bringing these amazing and touching stories to audiences around the world, and we believe the California Surf Museum is the ideal host to present this premiere showing.”

“She is the Ocean” features the stories of nine extraordinary women from across the globe who define the courage and spirituality it takes to call the vast ocean their home that will appeal to surf enthusiasts around the world!

Shot in stunning 4k cinematography, the film captures these ocean stories in a spectacularly immersive way, bringing to life every ocean encounter in breathtaking fashion – from free-swimming with sharks far below the surface, to the top of the world’s biggest waves. A journey of both natural beauty and human empathy, “She is the Ocean” is the story of powerful women with depths unknown.

Said director Innesse Blokhina, “In creating this film, I found that there is an incredibly unique story behind every woman. And every woman deserves to be heard. For almost six years I have been collecting stories of nine amazing women to capture their incredible willpower and ability to follow their dreams no matter what. They taught me to dream big, believe in my dreams, and to follow your heart, follow your feelings… And now I would like to share this fabulous experience with audiences everywhere.” 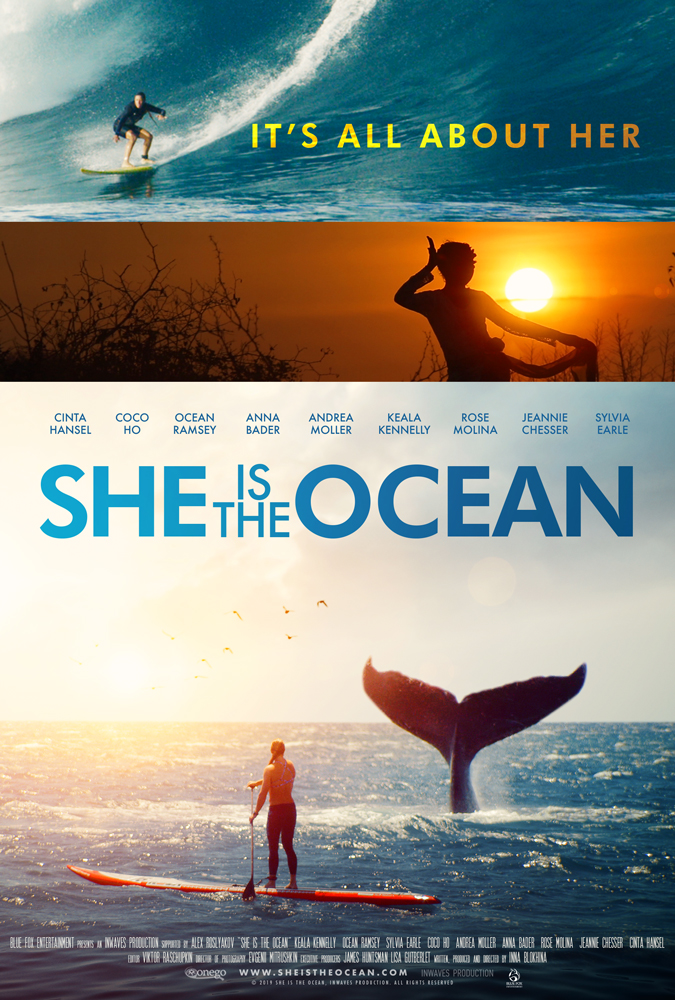 BUY YOUR TICKETS TODAY!
The film will be released virtually nationally on October 16 — CSM is excited to be hosting the premiere!
Tickets are $15 and are available now. This can be watched anywhere in the U.S. Let your friends know!
A live panel discussion, with CSM President Jim Kempton as moderator, director Inna Blokhina and big wave surfer Keala Kennelly, follows the film screening. You will be able to ask questions.
Run time is 98 minutes. The panel discussion follows the film.
This is a fundraiser for the California Surf Museum: a portion of the proceeds benefits the California Surf Museum.
Share Tweet Share Pin