It is time for our 14th Annual Gala Fundraiser honoring this year’s CSM Silver Surfer honorees!

The California Surf Museum invites you to attend the 14th Annual Gala Fundraiser as it celebrates its 36th anniversary. Since 1986, CSM has been collecting and preserving the surfing history and artifacts of this popular lifestyle sport and culture as well as producing fascinating exhibits and dynamic educational programs. The funds generated from the Gala help the museum continue these efforts.

The 14th Annual Gala will be held on Saturday, November 5, 2022 from 4-10 pm at the oceanfront Cape Rey Hilton, 1 Ponto Road, Carlsbad, Calif. Just a stone’s throw from the beach, with a spectacular sunset view overlooking the Ponto surf break and the Pacific Ocean.

The evening begins with a 4 pm cocktail hour on the outdoor patio adjacent to our silent auction room with dinner service in the main ballroom following at 7pm. Once meal service is completed, the excitement begins with a live auction of surfboards made specifically for this event. Our evening is then completed with the presentation of the Silver Surfer award to this year’s honorees. 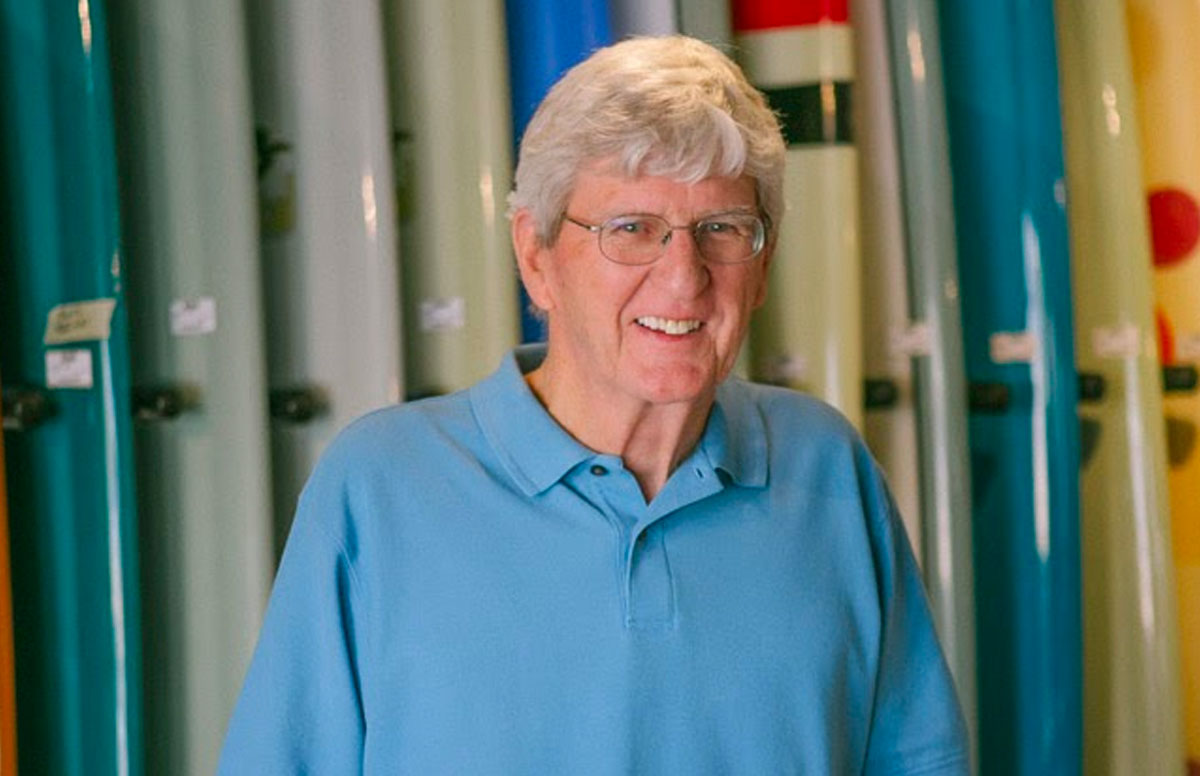 From opening his first surf shop in the fall of 1959 on the Strand in Hermosa Beach, California, with longtime friend Rick Stoner, to the current thriving shop under his banner down the road in Encinitas, Bing Copeland has fashioned a remarkable and continuing legacy characterized by quality, innovation, performance, and professionalism.

For his many significant contributions over more than seven decades to the advancement, recognition and preservation of surfing culture and lifestyle, he is now honored as a recipient of the California Surf Museum 2022 Silver Surfer Award.

Bing’s surfing journey began at the age of 13, along with his lifelong friend Greg Noll, by sharing a borrowed 8-foot, 80-pound redwood surfboard on loan to them from Manhattan Beach Pier lifeguard, surfer/shaper and all around potentate, Dale Velzy. These two budding surfers, both destined for greatness, became instant shop gremmies mesmerized by the process and board building goings on at the Velzy shop. It would be an introduction to a life they both would soon lead.

In 1960, a year after opening his joint venture with Stoner, his partner and friend decided to sell Bing his portion of the business and Bing Surfboards was born. Little did he know that he was on the cusp of a “Surfing USA” explosion. Soon an expanded factory was producing up to 40 surfboards a day.

Always one to recognize talent, he assembled a team of quality shapers over the years, including Mike Eaton, Wayne Land, and George Lanning. Eventually, a brilliant surfboard designer-shaper from Hanalei, Kauai, Hawaii named Dick Brewer also joined the team. In 1967 he would produce the Bing Pipeliner, a board surfing historian Mark Fragale hailed for “forever [changing] the parameters for big-wave guns and speed design.” In 1970, California surfer Rolf Aurness won the 1970 World Surfing Championship riding a Bing Surfboard.

In addition to his board-building team, Bing also had a star team of riders over the years including David Nuuhiwa, Donald Takayama, Dru Harrison and Chris Schlickenmeyer. Nuuhiwa would affix his name to two of the hottest selling Bing models of the 60’s era. In the 1970s, the Bing Bonzer Ambigram shaped by Mike Eaton became another innovative big seller.

Surf journalist and biographer Paul Holmes once proclaimed that Bing Copeland’s contribution to surfing will be “celebrated in surf culture and history for as long as waves continue to break along the shore.” 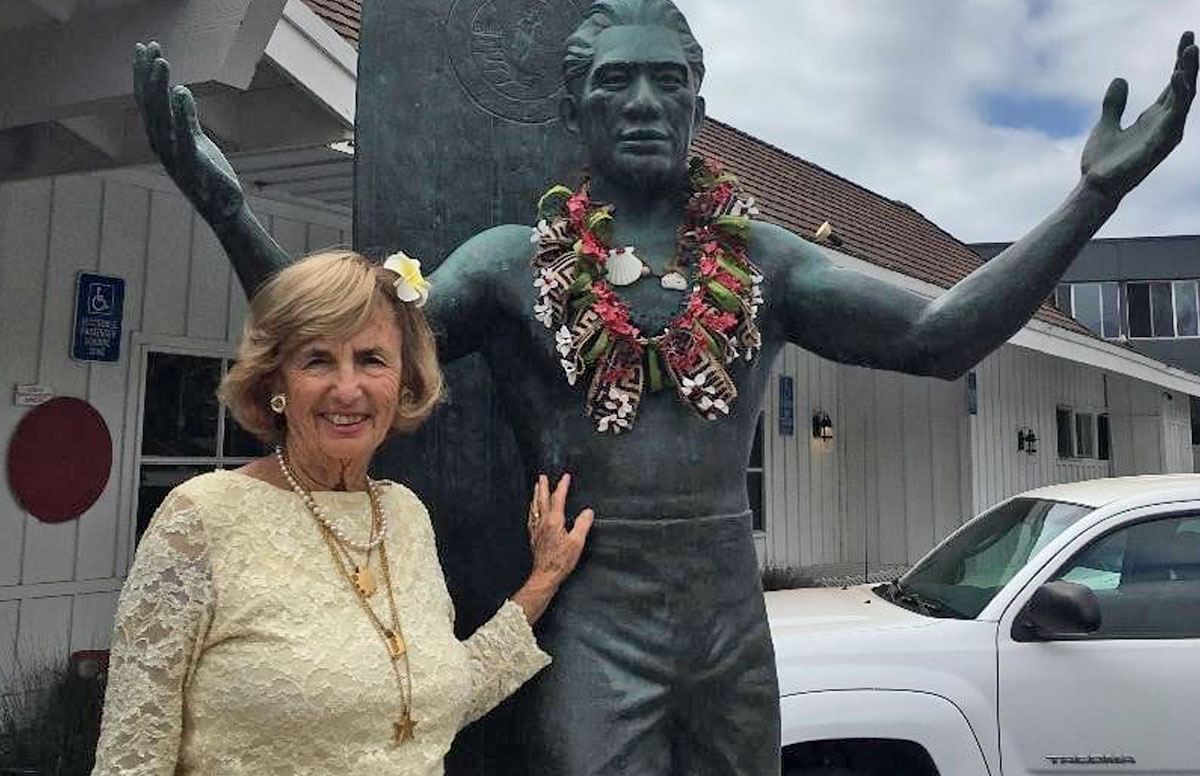 Included in the festivities during Australia’s 2010 Noosa Festival of Surfing was an event called “Gidget’s Girls Night Out.” Women crowded into the event, all dressed in retro 50’s beach style attire, all playing out their own interpretation of this now iconic figure of yesteryear. Co-host of the evening was Layne Beachley, one of the greatest female surfers in the history of the sport. All were assembled to pay tribute to the evening’s guest of honor — the real “Gidget,” Kathy Zuckerman. The young girl on the beach bestowed the name by the 1950’s Malibu crew. The embodiment of a towering figure from popular culture who has for more than six decades inspired generations of women the world over to follow her path and take to the waves. For her significant contribution to the culture and lifestyle of surfing, and the inspiration she continues to provide to others, Kathy Zuckerman is being honored as a recipient of the California Surf Museum 2022 Silver Surfer Award.

Now 81, Kathy is still full of that youthful spunk that defined the “little girl with big ideas” the original 1957 novel penned by her father so vividly captures. An instant hit upon publication, it reportedly outsold the Jack Kerouac classic, “On The Road.” The film adaptation came in 1959.

To this day, and by her own assessment, she enjoys an odd sort of celebrity ignited by the media explosion that followed the book and movie’s release. One’s image of Gidget is more likely to be of one or more of a parade of actresses — from Sandra Dee to Sally Field and beyond — who have portrayed the character in film and television.

As Brian Gillogly says in the title of his excellent documentary on the story behind the world-famous book and film franchise that brought surfing to the masses, Kathy has become an “accidental icon.” To really understand why she continues to be so inspirational to so many, is to read the original book, not to rely upon Hollywoodized images — or, to meet her in person.

With her generosity of spirit and an exuberance for life, for nearly two decades Kathy has been a fixture at popular Duke’s Malibu restaurant, serving as the establishment’s “Ambassador of Aloha.” She is always happy to pose for a picture or sign an autograph for a surprised customer. To them, the name and face may be unfamiliar, but upon meeting her, the Gidget spirit is unmistakable.

Among her accolades, Surfer Magazine once ranked her No. 7 among the 25 most influential people in surfing. In 2011, she was inducted into the Huntington Beach Surfing Walk of Fame. 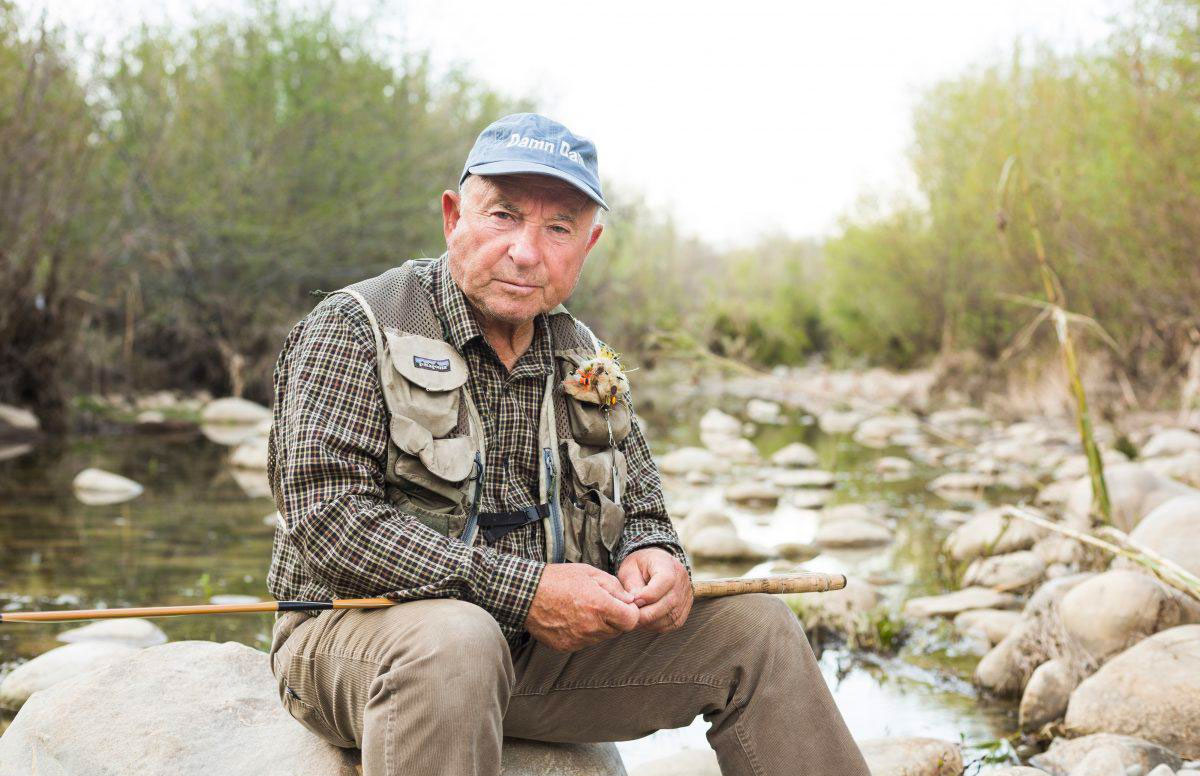 When you think of Yvon Chouinard, the founder of Patagonia, Inc., its unparalleled standing as the American sustainable outdoor clothing company easily comes to mind. Or you might think about Chouinard’s earliest business venture in the late 1950s designing, manufacturing, and distributing rock climbing equipment. Or Chouinard’s early years in Yosemite, hanging out with his crew of climbing friends who became known as “the Valley Cong,” selling gear from the back of his car. A lifetime connection with surfing may not even enter your thoughts. But, make no mistake, surfing runs in his blood and is very much a part of Patagonia, one of the most respected and environmentally responsible companies on earth. For a life of adventure, achievement and principle that for more than six decades has inspired and helped so many, while advancing a vision of a world where surf ecosystems are valued and protected, we honor him as a recipient of the California Surf Museum 2022 Silver Surfer Award.

After Chouinard’s family relocated to Southern California in 1947, it seems only natural that this quintessential outdoorsman would eventually find his way to surfing. One of his favorite surf spots was a place known as “Stanley’s,” the name of the roadside that hugged the Ventura County shoreline in front of the break. As he explains in a Patagonia video, he believed this little reef break to be one of the best waves on the whole coast. In the 1970s, it was destroyed to make way for a highway whose course could have been moved inland, except oil operations stood in the way. “Between oil and surf breaks, oil wins,” he admits.

It is with this in mind that Patagonia instituted its “Protect Your Peaks” campaign, to connect surfers with local environmental groups and movements committed to saving the natural wonder that are breaking waves. Patagonia has also established a Surf Ambassadors Program which includes the likes of Gerry Lopez, Greg Long, Belinda Baggs, Wayne Lynch, Liz Clark, and others in this effort to build the ranks of those committed to winning the fight for the future of our waves.

His remarkable and enduringly popular book on business, “Let My People Go Surfing,” is now in its 10th edition. What started as a philosophical manual for Patagonia employees, has now been updated and translated into more than ten languages. It stands as chapter and verse of how a business can be profitable, treat its employees well, and care for the environment. Since 1985, Patagonia has set aside 1% of sales to finance grassroots environmental groups in the U.S. and abroad.

We are very excited to offer sponsorship opportunities for the first time, allowing our supporters to make an even bigger impact on the future of the California Surf Museum!

• VIP table for 10 with prominent location to the stage and branded table centerpiece
• 2 bottles of wine, and special CSM branded gifts for all guests
• One ocean view room for 2 nights at the Cape Rey Hotel during the weekend of the event
• Permanent recognition in CSM
• Full-page ad space in Gala program
• Mention in Gala press as GOLD sponsor
• Includes appetizers, dinner (vegetarian option available), and dessert

• VIP table for 10 with prominent location to the stage and branded table centerpiece
• 2 bottles of wine, and special CSM branded gifts for all guests
• One ocean view room for 2 nights at the Cape Rey Hotel during the weekend of the event
• Half page ad space in Gala program
• Mention in Gala press as SILVER sponsor
• Includes appetizers, dinner (vegetarian option available), and dessert

• VIP table for 10 with prominent location to the stage and branded table centerpiece
• 2 bottles of wine, and special CSM branded gifts for all guests
• One ocean view room for 1 night at the Cape Rey Hotel during the weekend of the event
• Quarter-page ad space in Gala program
• Includes appetizers, dinner (vegetarian option available), and dessert

Get 10 of your best friends together and get a reserved table! Ticket must be purchased in one transaction. Includes appetizers, dinner (vegetarian option available), dessert, 2 CSM guest passes for each table guest and our sincere gratitude for your support.

Stay at the Cape Rey on Gala night

You can reserve a hotel room and get our group rate for the night of the Gala. Check in Saturday, Nov. 5 check out Sunday, Nov. 6. Rates plus fees, taxes. 14-day cancellation policy. 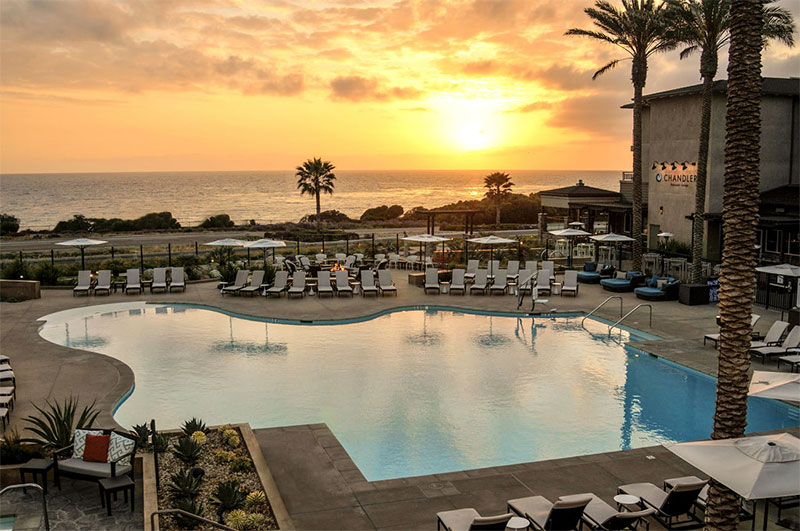 We are asking for donations for our Gala Auctions to reach our fundraising goals.

Please consider donating gift certificates, items, experiences or services that highlight your brand. The Silent and Live Auctions are the evening’s main fundraising effort and has always delighted our guests.